All in the wrist? How rise of smartwatch mirrors smartphone early days

Will the Apple Watch do for wrists what its iPhone did for palms? 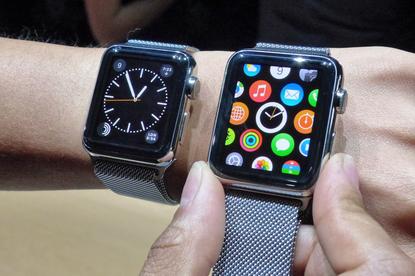 Will the Apple Watch do for wrists what its iPhone did for palms? The number, and age range, of Australians who today say they intend to buy a smartwatch closely parallels the earliest smartphone purchasing intention data.

Roy Morgan Research shows that during the first four months of 2015 leading up to the release of the Apple Watch on April 24, an estimated 520,000 Australians 14+ (2.7 percent) said they intended to buy a smartwatch in the next year.

While this might not seem like a lot, Roy Morgan’s research on technology adoption shows this is almost as many as said they intended to buy that newfangled thing called an iPhone (620,000, or 3.6 percent) during the first four months after it hit Australian shores - and look how that turned out.

A year later, and that’s about how many of us owned one. It opened a new world and today almost 13 million Australians have a smartphone.

So could smartwatches be set to follow a similar path?

“Technology brands, retailers and marketers are therefore able to monitor adoption rates across different market segments, potentially predicting how wide and how fast uptake of new technologies will grow.”

Whether wanting an Apple Watch or a different brand, the number of smartwatch ‘early intenders’ today is close to the iPhone equivalent seven years ago, and the age profile is also markedly similar: around 43 percent of iPhone intenders in July to October 2008 were aged 14 to 24, and another 28 percent were 25 to 34; among today’s smartwatch intenders, 38 percent are 14-24 and 30 percent are 25-34.

Clearly, younger people drove initial uptake of smartphones - and may perhaps do the same for smartwatches.

As of right before the Apple Watch launched, fewer than 240,000 Australians 14+ (1.2 percent) already owned a smartwatch, which is also very similar to the proportion who owned a BlackBerry right before the iPhone landed.

“Prior to the first iPhone release, only around 1 in 100 Australians owned a BlackBerry,” Martin adds. “Ahead of the Apple Watch release in April this year, a similar proportion of us had already got ourselves a smartwatch.

“With such similarities between the two items’ early intention rates and demographics of intenders, it looks like Apple could again be opening up a whole new market with its smartwatch - despite not being the first brand to hit shelves.”