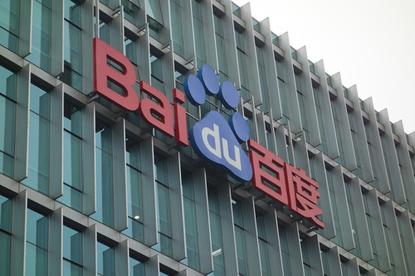 Chinese search giant Baidu has fired one of its researchers, after the company found he had deliberately broken the rules of an artificial intelligence contest.

The company was among the participants in a computing competition called the ImageNet Large Scale Visual Recognition Challenge. However, last month the contest organizers found that Baidu had essentially cheated to improve its results.

Baidu was notified, and the company launched an investigation. On Thursday, it finally spoke publicly on the matter in a blog post, and said the team leader involved had been terminated from his position.

Although the researcher was not named, computer scientist Wu Ren had been in charge of the team involved with the competition. The contest works by requiring the participants' computers to sort a set of objects from digital pictures into 1,000 different categories. As a rule, participants are only allowed to make their submissions to a test server twice per week.

In Baidu's case, it used at least 30 accounts to make at least 200 submissions over close to a six-month period, breaking the rule. According to the company's investigation, the team leader involved had "directed" junior engineers to submit more than two submissions per week.

"We have zero tolerance for such behavior," Baidu said in its blog post. To prevent future problems, the company has put new policies in place, including employee training sessions, and a panel to advise its engineering teams.

Wu could not be immediately reached for comment. But earlier this month, he wrote in a posting on the contest website that he was a staunch supporter of fairness and transparency.

Baidu is China's largest search engine, and has been focusing heavily on developing artificial intelligence to improve its services. Originally, the Chinese company had touted its performance in the ImageNet challenge, which was higher than Google's and Microsoft's.

But following the violations, the contest organizers have asked that Baidu stop making submissions over the next year. In its blog post, the company said the work of the team involved with the ImageNet contest violations was not connected with Baidu's other image recognition research.