"Following a busy end-of-year spending environment, the enterprise storage market fell back into what has become a familiar market pattern." 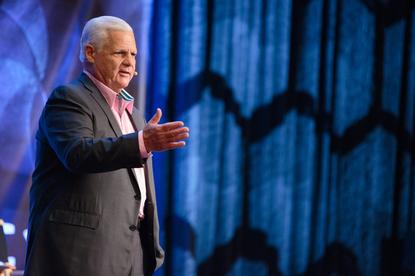 According to the International Data Corporation (IDC) Worldwide Quarterly Disk Storage Systems Tracker, total capacity shipments were up 41.1 percent year over year to 28.3 exabytes during the quarter.

EMC finished in the top position within the total worldwide enterprise storage systems market, accounting for 17.4 percent of all spending in 1Q15.

HP held the number 2 position with a 14.6 percent share of spending during the quarter while Dell accounted for 10.2 percent of global spending.

The total open networked disk storage market (NAS Combined with non-mainframe SAN) generated US$6.3 billion in revenue during the quarter.

EMC maintained its leadership in the total open networked storage market with 29.8 percent revenue share while NetApp generated 15.6 percent of revenue within this market segment.

During the first quarter of the year, EMC was the largest external storage systems supplier during the quarter, accounting for 27.3 percent of sales.

Meanwhile, NetApp generated 13.6 percent of total sales during the quarter while HP and Hitachi ended the quarter in a statistical tie* for the third position with 9.1 percent and 9.0 percent share of worldwide revenue, respectively.