Apple Watch to be available in stores in two weeks.

Apple doesn't disclose which models the stores will stock 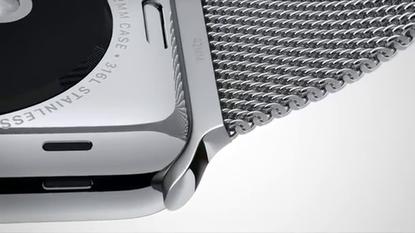 The wait is over for people who want to leave Apple's stores with the new Apple Watch.

Wave 1 countries are: Australia, Canada, China, France, Germany, Hong Kong, Japan, the UK and the U.S. Apple avoided giving a specific date, but two weeks from the date of the press release would be June 18.

The company didn't elaborate on which models and wristbands the stores would carry. With three watch models and several band options to select from, stocking every possible combination could be challenging for stores.

Since the Apple Watch became available for pre-order on April 10, people interested in the device could try it on in an Apple store, but could only purchase it online.

This was a noticeable change from Apple's previous product launches, which had eager customers camping outside of the company's stores days before a device went on sale.

Apple initially planned to have the watch available for purchase in its stores and certain high-end department stores and boutique shops on April 24.

However, a string of memos indicated that Apple was changing those plans. In early April, a few days before the Apple Watch could be pre-ordered, a leaked memo said watch sales would be restricted to online orders for the initial launch period, a time that wasn't defined.

Then on April 16, a memo from Apple's retail head, Angela Ahrendts, told the company's store employees that the Apple Watch couldn't be purchased in a store at least through May.

Customers have embraced the Apple Watch. An order backlog formed immediately after the product could be pre-ordered, with shipments scheduled to arrive in June or even July. Some people who ordered the Apple Watch early had expected to receive it sooner.

Apple has made "great progress with the backlog," Jeff Williams, Apple's senior vice president of operations, said in a news release. Most of the orders placed through May will ship within two weeks, he said. The exception is orders for the 42 mm Apple Watch in space black stainless steel with a matching link bracelet. He didn't provide information on when those orders would ship.

Apple hasn't released sales figures for the watch, and has only said consumer response has been better than anticipated. Sharing sales numbers could help its competitors, Apple has said.

Apple also said the watch would be available in seven more countries on June 26. Those nations are Italy, Mexico, Singapore, South Korea, Spain, Switzerland and Taiwan.