The company now wants feedback ahead of a general release 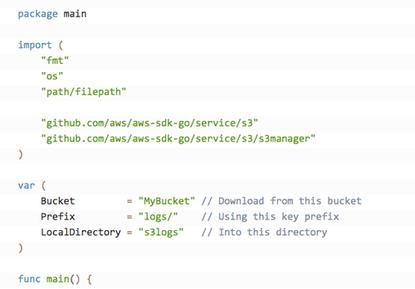 Amazon Web Services has announced the first Developer Preview of its SDK for the Go programming language, giving developers who want to integrate cloud services in their apps more choice.

The SDK makes it easier for developers to integrate their Go applications with Amazon's cloud-based storage, database and messaging services. Go is a Google-developed open source language developed with simplicity and efficiency as the main goals. Its use in the development of the Docker container platform has helped improve its standing.

Amazon already offers SDKs for Java, PHP, Python and Ruby. Go is nowhere near as popular as any of those, but it's still an interesting addition. The language is also supported on Google's App Engine platform. Just like Amazon, Google also lets developers use Java, PHP and Python.

With the preview, Amazon is hoping to get feedback about what works and what doesn't, so it can make tweaks before locking everything down for a stable 1.0 release of the SDK, the company said in a blog post.

Amazon invited developers to let it know what they don't like on the GitHub Issues page. Recent requests for improvements include an S3 (Simple Storage Service) encryption client and better documentation examples for Elastic Transcoder, which is used to convert media files from their source format to versions that'll play on devices like smartphones and tablets.

The company has moved the Go GitHub repository from the AWS Labs site to page of its own to signify the SDK is no longer in an experimental state. Also, being a Developer Preview means new services and service updates will be added as they are released, according to Amazon.

The SDK still comes with some words of warning. "Please do not confuse this for a stable, feature-complete library," the Github pages states. Not everything may be working fully, and APIs may change radically without much warning, according to Amazon.