Fitbit looks to raise at least US$358 million in IPO

Fitbit added 2.8 million active paying users in the first three months of the year, according to a regulatory filing 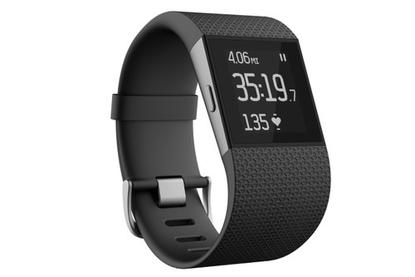 Fitbit, whose wearable devices collect data on users' fitness activities and sleeping patterns, plans on pricing its initial public offering at US$14 to $16 a share, raising up to $358 million if its stock sells on the high end of the range.

The company plans to sell 22.4 million shares and its existing shareholders expect to sell 7.5 million shares, according to an updated filing it made with the U.S. Securities and Exchange Commission on Tuesday.

Fitbit, however, won't receive capital from the sale of the stock held by its existing investors, the filing said.

The San Francisco company publicly announced its plan to go public in May.

For the three months ending March 31, Fitbit's revenue totaled $336.8 million. That's up from $108.8 million compared to the year-ago period. Profit during that time soared, increasing to $48 million from $8.9 million.

Fitbit sells a range of wearable devices that track a person's physical activity and offer analytics on this data in mobile apps and an online dashboard. Other Fitbit products include a Wi-Fi-equipped scale and a tracker

The wearable device market is becoming increasingly competitive, with Fitbit's devices facing off against smartwatches from tech heavyweights like Apple and Samsung as well as fitness trackers from companies like Garmin and Jawbone.