The tablet had a 4K display and was 7.8-millimeters thick 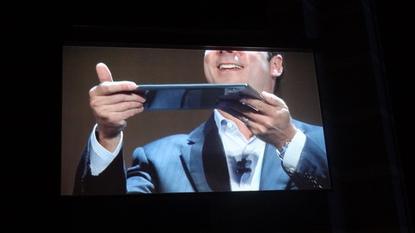 Intel is drumming up excitement for its upcoming chips code-named Skylake, showing the first tablet based on the architecture during a keynote at the Computex show in Taipei.

The tablet had a 4K display that could display images at a resolution of 3840 by 2160 pixels, and was 7.8 millimeters thick.

Tablets based on Skylake will be computing powerhouses that will manage high-resolution displays, said Kirk Skaugen, senior vice president and general manager for the PC Client Group at Intel.

Skylake will go into tablets, laptops and desktops, including some that are on track to reach the market in the second half this year.

Devices based on Skylake could incorporate a number of interesting features, including wireless charging and, in some mobile devices, Thunderbolt 3.0 ports. These will be able transfer data at 40Gbps (bits per second), close to twice the transfer speed of Thunderbolt 2.

Skylake will succeed the current architecture code-named Broadwell. At last year's Computex Intel showed a 7.2-mm tablet based on a Broadwell-based Core M chip, so the Skylake tablet was a bit thicker.

Intel wants to bring Skylake to market as it wants to move on quickly from the chips code-named Broadwell, which were delayed due to manufacturing problems. Intel decided not to delay Skylake, so Broadwell chips are expected to have a shorter-than-usual life in the market; Intel usually upgrades chips at yearly intervals.