Windows 10 to ship on July 29 for PCs and tablets 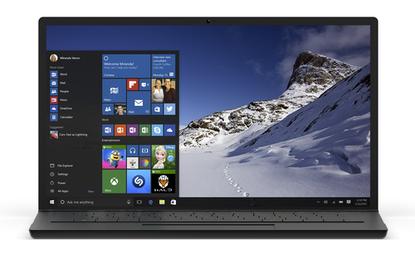 Microsoft will start shipping Windows 10 on July 29 for PCs and tablets. The upgrade includes the Cortana digital assistant, a whole host of new apps and the return of the start menu.

After the failure of Windows 8, Microsoft has a lot to prove with the latest version of its operating system. The launch date puts pressure on Microsoft's developers to finalize the feature-set and the look of the operating system. On Friday, the company released the latest version, dubbed Build 10130, which has new icons, Cortana improvements and some changes to the Start menu.

Operating system boss Terry Myerson pitched Cortana and the new Start menu as reasons to update in a blog post published on Monday. Windows 10 "brings back the Start menu you know and love," he said. Other features Myerson hopes will get consumers to upgrade includes the new Edge browser, better Xbox integration and Windows Continuum, which is intended to make it easier to switch between the laptop and tablet modes of 2-in-1 devices, for example by making the start menu cover the whole screen in tablet mode.

Users that want to install Windows 10 as soon as possible can reserve a free upgrade using the Get Windows 10 app.

The launch date means the upgrade from Windows 7 or Windows 8.1 to Windows 10 will be free until July 29, 2016. Microsoft didn't offer any details regarding pricing for devices that don't qualify for the free upgrade. However, a leak that went out over the weekend pegs the pricing for an OEM copy of Windows 10 Home at US$109 and Windows 10 Professional is expected to cost $149.

While Myerson provided the PC and laptop launch date, he didn't offer any details on when the OS will come to other devices, including phones. The official line is still that a smartphone upgrade will arrive later this year, according to the Windows 10 FAQ.