Asus doubles down on tablets with ZenPad series 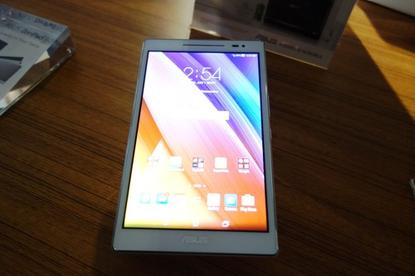 The ZenPad series include tablets in the 7, 8 and 10-inch display sizes, and will start arriving in the third quarter, the PC maker said on the eve of the Computex trade show in Taipei.

"Today, we are going to redefine what a tablet can be," Asus chairman Jonney Shih said at a company event there.

Despite Shih's grand claim, the tablets seem fairly conventional. Although Asus claimed the products have a "luxury" feel, the backing on the low-end devices is a textured plastic.

Asus touted the tablets as fast devices thanks to the Intel Atom processors inside. The tablets will come in a variety of configurations, but most will use Intel's "Cherry Trail" x3 four-core, 64-bit chips.

Asus also plans to offer protective covers for the tablet in a variety of colors, including some covers with built-in batteries that add 15 hours of battery life.