Better tools open the door for more advanced roll outs, as long as the changes needed within an organization aren't forgotten 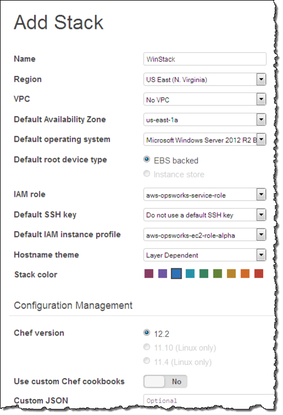 Amazon Web Services is hoping better management tools will convince enterprises to move more applications to the cloud, but getting their internal management processes right is even more important than anything the vendor can offer.

On Monday, Amazon updated its OpsWorks management platform to work with Windows Server, and published a new API that lets IT staff start thousands of so-called spot instances with one request.

Step by step, cloud providers like Amazon are adding new features to make the IT management capabilities they offer to their customers more efficient and all-encompassing. As enterprises move more and larger IT systems to the cloud, advanced management functionality is becoming increasingly important.

The tool is targeted at DevOps users who want better management and automation to help them customize and control their environments. It can be used for configuration management, application deployment, software updates and monitoring.

The second announcement is aimed at making Amazon's spot instances more useful. Spot instances are priced in real-time, and are usually much cheaper than regular on-demand servers. They are launched when the price is lower than what an organization has decided it wants to pay. Once the spot price is higher or equal to the bid price, the instances are terminated.

The new spot fleet API lets administrators launch a group of these that all work together to power distributed applications, such as a batch processing job or a Hadoop workflow, according to Amazon. To accomplish this in the past, companies had to write their own custom code to keep track of bids and capacity.

Because of how they work, spot instances are best suited for workloads that aren't time sensitive and can handle disruptions without a hitch.

Amazon isn't alone in working to improve its management offerings. Microsoft has also stepped up its efforts as it works to make Azure more competitive, including continually adding more features to its management portal preview.

However, the tools, irrespective how well they work, are just the basic building block in an effective management structure. All the work that has to take place internally when a company becomes more dependent on cloud services is still underestimated, according to Dan Bieler, principal analyst at Forrester.

"There are many non-technology related issues that should be apart of any cloud discussion that don't feature in these announcements," Bieler said.