"This is a real coup for Aruba Networks." 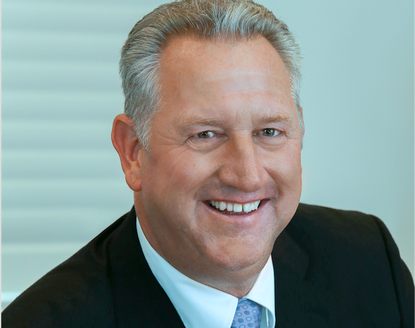 Aruba Networks has appointed former Tennis Australia CEO, Steve Wood, to the role of Senior Vice-President for its Asia-Pacific region, in what many are calling a “real coup” for the network provider.

From 2001 to 2005, Wood was Nortel’s President for the Australia and New Zealand region and from 2005 to 2013 he was the CEO of Tennis Australia, where he oversaw the transformation of Melbourne Park into the world’s best tennis precinct and generated more than $1 billion of investment into tennis infrastructure.

More recently, he has served as an adviser and an angel investor to multiple technology startups, via New Wave Ventures and was appointed to the Aruba Advisory Board in January 2015.

“As a highly accomplished executive we’re confident that his authentic leadership style, strong industry connections and ability to build high-performance, collaborative teams will lead Aruba Networks to further success in the region.”

Based in Melbourne, Wood will be charged with driving sales and growing Aruba’s business across Asia-Pacific, working closely with the company’s country managers to ensure activities are aligned for success.

“Aruba Networks has a strong reputation in the industry for delivering world-class enterprise mobility and network access solutions and I’m excited at the opportunity to head up the Asia-Pacific team,” he says.

“The increasingly mobile way in which the modern workforce operates provides Aruba Networks with significant growth opportunities in the region and the company’s deep understanding of the always-on #GenMobile workforce puts it at the forefront of the industry.”

Earlier this year both HP and Aruba Networks entered a definitive agreement for HP to acquire Aruba, for approximately $US2.7 billion with the deal expected to close in the second half of FY15.