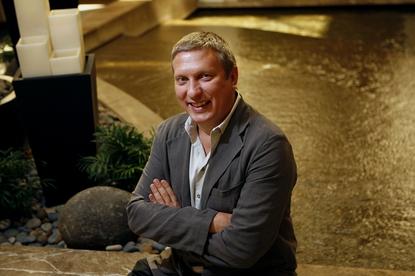 In revealing highlights of its first quarter results in 2015, the company reported a 22 percent increase in total bookings revenue over the same period last year.

“The release of the Veeam Availability SuiteTM v8 has created a new category of IT solutions, Availability for the Modern Data Center, which has helped to fuel these record results.”

Locally speaking, Williams says the total number of customers in the APAC region is now 8,701 with 5,600 across the A/NZ region specifically.

“The number of ProPartners in APAC is 2,962 with 1,733 in Australia and New Zealand,” he reports. “It is another quarter of record results for Veeam in 2015.

“Veeam runs a 100 percent channel model and our partner community also continues to grow year on year. We’re overjoyed that they could join us on this exciting and rewarding journey.”

Further local highlights from Q1 2015 across A/NZ include the addition of 304 net new paying customers added during the quarter, an expansion to 1,733 ProPartners in the region and a reinforcing of the company’s commitment to the channel.

On a global scale, the release of the Veeam Availability SuiteTM v8 has created a new category of IT solutions, Availability for the Modern Data Center, which has helped to fuel Veeam’s record results.

The new release includes more than 200 new features and enhancements, such as the new Veeam Cloud Connect capability and integration with NetApp as well as major enhancements to replication and disaster recovery.

Initial customer adoption of Veeam Availability Suite v8 has exceeded all expectations - by the end of Q1, less than five months after the general release, close to 50 percent of existing customers had already upgraded their licenses to v8.

“Customers continue to download the latest release of Veeam Availability Suite faster than any previous new version, close to 1,000 downloads each day, and we expect that rapid adoption to continue because only Veeam can meet their requirements for solutions that deliver data centre availability.

“Veeam’s availability solutions already protect close to 8.5 million virtual machines in more than 200 countries worldwide, and we plan to accelerate this momentum with additional new products, updates and partnerships throughout 2015, as we proceed towards our goal of $1 billion in annual revenue by 2018.”

Additional highlights from Q1 2015 include:

• Strong growth in cloud: The Veeam Cloud Provider (VCP) program reported an increase of 105 percent in the number of transactions year-over-year. Veeam now has nearly 7,300 service and cloud providers as part of the VCP program worldwide, including more than 500 service providers licensed to offer services for Veeam Cloud Connect.

• Expansion to 30,500 ProPartners worldwide: Veeam’s commitment to the channel continues to attract new resellers and VARs to its solutions.