“As leader in the MYOB EXO market Enprise is positioned to lead the way with the new cloud product MYOB Advanced." 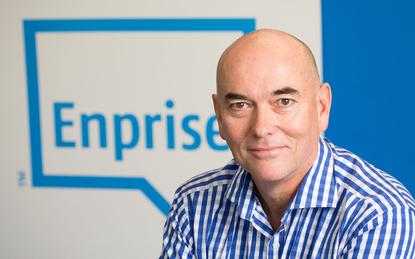 Harwood founded ERP reseller Bizpro New Zealand in 2002, which he built into a MYOB EXO consulting practice before being recently acquired by Enprise.

“As leader in the MYOB EXO market, Enprise is positioned to lead the way with the new cloud product MYOB Advanced,” he says.

“The launch of MYOB Advanced means exciting times for our industry and Enprise is the number one player. My mission now is to drive sales of both MYOB EXO and MYOB Advanced.

“I believe that when a company’s sales and profitability are strong, it produces an energy in the team that makes management easier.”

Napper joined Enprise from GlobalBizpro, where she was an MYOB EXO consultant for seven years while prior she implemented MYOB EXO and other ERP packages for BDO Spicer.

Most recently Power spent eight years at GlobalBizpro, where he was responsible for MYOB EXO sales, scoping of new implementations and account management.