The company has to sell more phones, and attract more big hardware partners and developers 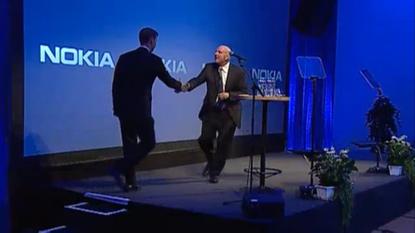 It was a marriage of convenience for two industry giants whose past successes weren't helping them win in the red-hot smartphone market.

One year later, it's hard to say that Microsoft's acquisition of Nokia's device business has produced the results its backers envisioned.

In the wake of the US$7.2 billion acquisition, Lumia smartphones and the Windows Phone OS are still running into many of the same market roadblocks.

But Microsoft isn't throwing in the towel, and has high hopes that its phone business will get a major boost from Windows 10, which is meant to create an environment where users can move easily between desktops, tablets and their smartphones.

That Microsoft's smartphone adventure is a work in progress was highlighted last week, when CEO Satya Nadella said during the quarterly earnings call that device-related costs have to be cut more, ahead of the arrival of Windows 10.

However, Nadella also revealed that Microsoft sold more Lumias in the quarter than it did a year ago.

There has been much speculation that Nadella was never a fan of the deal, brokered by his predecessor Steve Ballmer.

But it seems the new CEO is giving it a go, betting, at least for now, that the acquisition can fulfill its goals: to make Microsoft a credible player in the mobile OS and smartphone device markets, able to give major players like Apple, Google and Samsung a run for their money.

Yet Nadella has his work cut out for him. Microsoft still isn't selling enough devices; not enough large manufacturers are backing its OS; and Windows Phone apps are an afterthought to most developers.

On the hardware side, Microsoft frantically focused on launching affordable smartphones, including Lumia models 430, 535, 640 and 640XL, all of which cost between US$70 and $200 without a contract.

The strategy makes sense on paper because the low-end segment is growing faster than other parts of the smartphone market.

Also, consumers in emerging markets -- the target audience for these devices -- aren't as wedded to specific smartphone brands, user interfaces and ecosystems as their counterparts in the U.S. and Western Europe.

But the competition in this segment is fierce and Microsoft is up against a multitude of Android-based smartphones.

Windows Phone's market share sits below 3 percent, despite the low-end Lumia push, growing enterprise interest in the OS and adoption by a number of small smartphone vendors.

To secure the future of the OS, Microsoft needs to increase the share to at least 10 percent, according to Ben Wood, chief of research at CCS Insight.

"In our forecasts we don't see anywhere near that level in the next three years, which underlines the scale of the challenge Microsoft faces," Wood said.

Complicating matters is the decline in shipments of the Nokia feature phones Microsoft also acquired.

To significantly boost Windows Phone sales, Microsoft needs to sign big partners that can sell millions of devices per quarter. Getting them onboard is one of many things Windows 10 is expected to help with, and there is some positive momentum.

The OS will feature an updated user interface and a host of improved applications, such as the new Spartan browser. It also provides more integration between PCs and smartphones, including the ability to see notifications across different devices.

Chinese vendor Xiaomi recently announced that some users of its Android-based smartphones will be able to test Windows Phone 10 by installing it on their phones. Getting Xiaomi onboard would be a big win for Microsoft. The company has become one of the world's biggest smartphone manufacturers, even though it doesn't sell its products in Europe or the U.S.

Microsoft has struggled to get the biggest smartphone vendors to back the OS. For example, Samsung has only launched two Windows Phone devices in the last two years, and it didn't give them anywhere near as much marketing support it gives its Android smartphones. Samsung declined to comment on its plans for Windows 10.

One smaller vendor backing Windows Phone is Florida-based Blu Products, and while its CEO Samuel Ohev-Zion is very critical of the Nokia acquisition, he has high hopes for Windows 10 and its expected ability to attract more users and developers.

The deal overvalued Nokia's assets, he said, because it has become much easier to develop smartphones. And not getting the valuable Nokia brand as part of the acquisition was a big mistake, he added. Microsoft has been using its own brand on Lumia smartphones since October.

Windows 10, on the other hand, is going to be groundbreaking, Ohev-Zion predicts. The biggest turnoff with the current version of the OS is that users aren't familiar with the interface and don't understand how it works. But that will change with Windows 10, because the experience on PCs and smartphones becomes more similar, he said.

Microsoft is also doing the right things from a software development perspective, according Ohev-Zion. With Windows 10, developers will be able to build so-called universal apps for PCs, tablets, the Xbox game console and smartphones. That will help open up the platform to a much larger developer audience, he said.

The launch of Windows 10 is expected to be followed by the arrival of Microsoft's first high-end smartphones. The company will make sure it has products in this market segment, but making a dent is very difficult, thanks to Apple's and Samsung's dominance, according to Christophe Francois, vice president of strategy and business development at telecom operator Orange.

"You have to be persistent, and invest quite a lot to establish a strong foothold. But it's clear that with Microsoft's ambitions, it's something it has to do," said Francois.

Orange has seen products such as the Lumia 635 and the Lumia 530 -- both of which use the Nokia brand -- sell well, and help increase Windows Phone's market share among its subscribers significantly. To build on that, Microsoft has to work to improve its own brand, according to Francois.

In Finland, many families won't be celebrating the deal's one-year anniversary, following the thousands of jobs Microsoft cut in Nokia operations. At the time, the Finnish finance minister Antti Rinne said that Microsoft had betrayed Finland.

There was some expectation the deal would be more of a joint venture, but it has most definitely been a Microsoft takeover, according to Wood.

However, some of these workers may be able to get jobs next year when Nokia will once again be able to produce smartphones. The company is said to be planning a comeback using Android. For now, though, Nokia is denying it currently has any plans to manufacture or sell consumer handsets.

Meanwhile, for Microsoft, the next twelve months will determine whether the Nokia deal goes down in corporate history as a success or a failure.