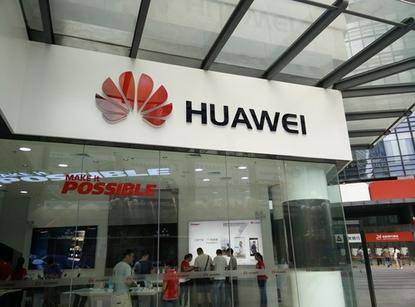 A Huawei store in Shenzhen, China.

Huawei Technologies is seeking to double its retail presence around the world, amid a growing a pushing to sell more mid-range and high-end smartphones.

The Chinese handset maker aims to establish 70,000 retail spaces by the end of 2017, up from the 30,000 locations it already has, including Huawei stores, product counters and "display zones" where its smartphones were shown for sale last year.

More than half of those locations are in China, the company's home market, said Glory Zhang, chief marketing officer for Huawei's consumer business group. The balance will start to change by year end, when Huawei brings more high-end products to international markets, she added.

Although Huawei isn't as well known as Apple or Samsung, it has been gradually building up its smartphone brand, and growing its market share. Last year, the company shipped 75 million smartphones, up from 52 million a year ago. This made Huawei the world's third-largest vendor for all of last year, according to research firm IDC.

To compete and pull in consumers, Chinese brands have often relied on selling low-priced handsets, but Huawei has been finding buyers for its more expensive devices.

In this year's first quarter, its mid-range and high-end smartphones made up 34 percent of its total smartphone shipments. Last year, the figure was 5 percent, Zhang added.

The company has laid out another ambitious goal with its plan to create retail service centers around the globe. These centers will be within 5 kilometers of customers, and intend to offer after-sales services such as product repairs. It's unclear when the company intends to accomplish the goal.

For Huawei, however, the plan is to make a substantial profit from smartphones, and not simply sell huge volumes, said Eric Xu, Huawei's acting CEO on Tuesday, during the company's annual analyst summit.

It's facing a market already rife with competition. Rival Chinese vendors such as Lenovo, Xiaomi and ZTE also have their eyes on global expansion, and are offering up more cutting edge devices, built with the latest features.

Huawei isn't discouraged. Zhang pointed to its success selling in the home market, and its long history of building handsets for mobile carriers. The company has also recently launched a new device, called the P8, which is built with a sleek metal body.

"We've done this for a long time," she said. "We feel deeply that it's easy to make a phone, but hard to make a good one."