Google could face fines of roughly $US6 billion 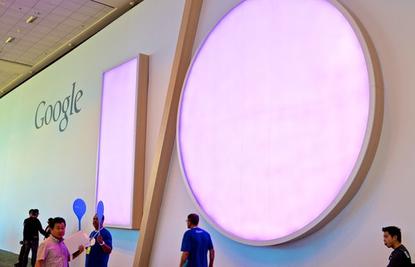 Attendees walk past the Google I/O sign at the event in the Moscone Center in San Francisco.

Europe's top antitrust chief is reportedly ready to file formal charges against Google accusing the company of violating the EU's antitrust laws, advancing a five-year investigation that could lead to fines or changes in Google's businesses overseas.

EU antitrust chief Margrethe Vestager made the decision on Tuesday in consultation with European Commission President Jean-Claude Juncker and will inform other EU commissioners during a meeting on Wednesday, according to a report in the Wall Street Journal, citing a source close to the investigation.

Vestager's reported decision is the next step in an antitrust investigation that has been dragging on since November 2010, when the commission decided to open an inquiry. It stems largely from complaints that Google has abused its market dominance in European markets overseas, where in some countries it holds a 90 percent share of the search market.

The claims take the position that Google has promoted its own services at the expense of rivals, hurting competitors' ability to compete. The first complaint against Google's alleged abuse of market dominance was filed in November 2009 by Foundem, which offers a vertical search engine for market categories including flights, computers, appliances and hotels. Foundem was later joined by a broad range of other complainants including Microsoft, Expedia, TripAdvisor and the German Publishers Association.

With formal changes, Google could face fines of about US$6 billion, about 10 percent of its annual revenue. The company could also be required to restructure the way it does business overseas, including how it presents links to certain categories of search results.

A ramp-up of the European investigation would also come as Google faces renewed concerns over its market dominance in the U.S. A recently leaked internal report by the U.S. Federal Trade Commission showed that staffers there had serious concerns over Google's business practices, though the FTC's commissioners ultimately decided not to sue Google.

In Europe, Google has tried to settle the case several times. In February last year, it proposed to give equal prominence to rivals' services. The commission seemed willing to take the deal but was slammed by Foundem and other companies, who accused the regulatory body of adopting Google's proposal wholesale without giving complainants an opportunity to express their views on the settlement.

Google did not immediately respond to a request for comment.

[Loek Essers in Amsterdam contributed to this report.]