Samsung paid “fans” to attend the recent launch of the company’s flagship Galaxy S6 in China, in what is being described as a huge PR fail. 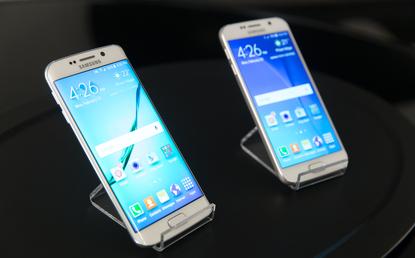 Samsung paid “fans” to attend the recent launch of the company’s flagship Galaxy S6 in China, in what is being described as a huge PR fail.

That’s according to reports from Shanghai-based news outlet The Paper, which alleges that the South Korean tech giant recruited as many as 500 “fans” to the event, representing half of the total turnout for the launch.

Showcasing both the Galaxy S6 and the S6 Edge devices, the company is rumoured to have initially hired around 30 student looking folk to attend the bash, with the news source reporting that those who spent more than an hour at the event, received US$4.80 per person.

“A person specialising in recruiting these "fans" said he brought over 100 people to the event,” reports WantChinaTimes.com which claims the “fans” answered an advert on WeChat, an Instant Messaging app in China.

“They and the other groups of people brought by other recruiters reached 400 to 500 in total. These hired "fans" amounted to around half of the 1,000 people at the event.”

Ironically however, attending “fans” were spotted taking snaps of the new smartphones on Apple iPhones, while also posing for pictures and supplying contact details to event officials.

Closer to home however, Samsung will officially launch both devices in New Zealand on Thursday April 9 in Auckland.