“First up, our aim is to grow our channel in New Zealand,” says Jamie Romanin, Managing Director - Australia and New Zealand, ShoreTel. 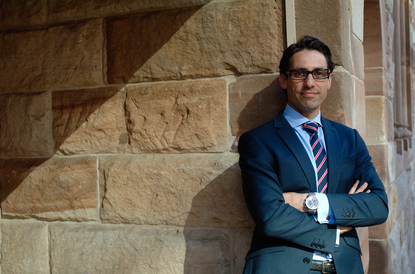 “First up, our aim is to grow our channel in New Zealand,” says Jamie Romanin, Managing Director - Australia and New Zealand, ShoreTel.

A straight-talker with a clear vision of the company’s future in New Zealand, Romanin is unwavering in his belief that for ShoreTel to thrive on Kiwi shores, its channel hand must be strengthened.

Fresh from appointing local ICT stalwart Phil Morgan as the company’s first in-country Partner Business Manager, the unified communications provider is ramping up its efforts on a national scale, as it targets more partners, greater coverage and a stronger market share.

“Phil’s first goal is to find out the lay of the land as far as our channel is concerned as admittedly we were one step removed operating out of Australia,” Romanin explains.

“He’s been in the role since mid-January and is already actively meeting with potential partners, assessing opportunities within the market and examining where we can achieve growth.”

Responsible for significantly increasing the company’s presence across the country, Morgan’s appointment helps reaffirm ShoreTel’s commitment to the Kiwi market following a strong year of growth during 2014.

Adopting a three-pronged attack on the channel market, Morgan’s second task as ShoreTel’s on the ground Kiwi representative is to evaluate the key players within the local industry, and to assess the changing requirements from a go-to-market perspective.

In essence, and as Romanin openly acknowledges, ShoreTel is refusing to take the market for granted, instead kickstarting 2015 with open eyes and an approach befitting of a company keen to capitalise on its array of phone systems and unified communications solutions for cloud and on-premise across the region.

“To be honest, this information hasn’t always been readily available as we just haven’t had the capacity,” Romanin explains.

“But Phil knows the local market and he has the contacts to have discussions with the key players, obtaining information we weren’t receiving beforehand through flying in and out of the country each month.

“That approach doesn’t provide a clear grasp of what is going on, you tend to get a 50,000 foot view of the market and not the local details, which is what Phil can now help bring to the table.”

Morgan, who has enjoyed roles in New Zealand with Zintel Communications, Ericsson and firstly, Telecom New Zealand, now known as Spark, will also assist Romanin in executing the company’s cloud strategy, which ShoreTel hopes to rollout simultaneously on both sides of the Tasman later this year.

For Romanin, Morgan’s appointment offers the company “an extra arm on the ground”, recognising the need for face-to-face relationships and the importance of dedicating resources to the New Zealand market.

“As a vendor when you’re not having face to face relationships but your competitor is, then it becomes difficult to compete,” Romanin adds.

“Phil’s going to bring a local feel to the company and already he is in the midst of an aggressive travel schedule across the country.”

Truth be told, at present ShoreTel has a small group of on the ground partners in New Zealand, with around seven or eight partners across the country - but this, according to Romanin, will change.

“If you think about the traditional model across any vendor’s channel, if you have 100 partners with 20 percent of them providing the revenue, then I’ll need to have all my partners doing something,” he explains.

“At the moment, my first issue in New Zealand is that my channel is too small and I don’t have enough reach and while it is a smaller market compared to Australia, it’s a $70 million industry and we’re not getting the right share of that right now.

“We do great business in New Zealand and have a good profile and a well respected brand but we don’t reach enough customers.”

With plans already underway to dramatically grow the company’s presence from the top of the North Island to the bottom of the South, for Romanin, a ShoreTel partner looks like this…

“It’s not too dissimilar to Australia,” he adds. “We have different levels of partners, that could be the run-rate traditional telephony reseller who understands the game and will sell into the 30-50 user market.

“Alternatively it could be in the next tier of partners, focusing on the mid-market who posses a bit more experience from a networking, virtualisation and storage perspective and then there’s the larger system integrators. I need a broad mix across all three.

“I need maybe two at the top end, the bulk of the key business in the middle space and at the bottom end more of the traditional PBX resellers that have a good customer base and need a new fresh solution to support their customers.”

In February 2014 the company expanded its Champion Partner Program with a focus on cloud communications throughout the US.

At the time, ShoreTel was the first UC provider to offer channel partners a customisable and perhaps crucially, a lucrative program, for growing and differentiating cloud communications business and to enable partners to accommodate the growing demand by end-users for cloud services.

In Australia and New Zealand, Romanin says plans are in place to execute on the company’s cloud strategy across the region later this year, with Morgan’s expertise and local knowledge now crucial in establishing a strong platform for the launch.

“While our cloud strategy for New Zealand remains the same, based on Phil’s guidance and his knowledge of the local market, we may tweak it following his feedback,” he adds.

“But really what I’m leveraging for right now is to have the opportunity to talk at a high-level to our key partners and provide feedback - will this system work for them? Does it need tweaking?

“Furthermore, Phil is speaking to potential key players in the market that we want to attract and receive feedback on whether our strategy is going to work.”

For Romanin, the aim is to form strategic partnerships with the bigger integrators in New Zealand, with Vodafone a key target for the company, alongside early engagement with Datacom.

“I can’t say too much about our strategy for the cloud as we have a number of different balls up in the air in terms of what our go-to-market strategy looks like,” Romanin explains.

“During the next twelve months in New Zealand we want to have a clear and defined channel strategy with new partners in place and strong coverage across the country,” Romanin outlines.

The brief, it seems, is straightforward, and given Romanin’ proactive nature, ShoreTel’s assault on the Kiwi channel market appears to be equally as efficient.