"2014 saw a record number of serious data breaches causing both government agencies and companies to realise how susceptible they are to cyber threats that cut beyond boundaries." 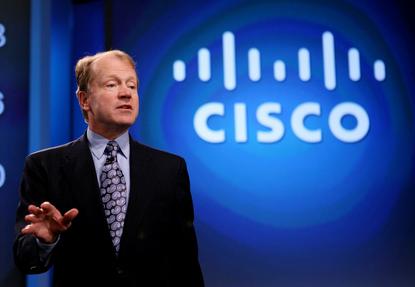 Shipments in the region surpassed 100,000 units in the fourth quarter and grew almost twice as fast as revenue at 32.1% year over year.

"2014 saw a record number of serious data breaches causing both government agencies and companies to realise how susceptible they are to cyber threats that cut beyond boundaries," says Ebenezer Obeng-Nyarkoh, Senior Research Analyst, Worldwide Trackers Group.

"In spite of this, many companies still have not done enough to protect their systems, which could compromise their security and jeopardise sensitive data and information."

Cisco continues to lead the overall security appliance market with a 16.6% share of worldwide revenue in 4Q14 - this was the first time since the fourth quarter of 2014 that Cisco failed to achieve double-digit year-over-year growth in a quarter.

Fortinet returned to the number three position with year-over-year revenue growth of 27.4% and capturing 7.7% of worldwide revenues with the vendor remaining the largest security appliance vendor in terms of shipments with 18.8% share of total unit shipments in 4Q14, driven by its Unified Threat Management solution.

Since entering the top five in the second half of 2013, Palo Alto Networks has experienced the fastest year-over-year revenue growth, consistently outpacing the overall market.

Palo Alto Networks ended the fourth quarter with year-over-year revenue growth of 53.3% and a 7.6% share of worldwide revenues.

Rounding out the top five vendors, Blue Coat and McAfee finished the quarter in a tie with each vendor holding a 4.3% share of worldwide revenues. Both vendors experienced declining revenue share on a year over year and sequential basis.