The channel market represents over 40 per cent of Dell’s global revenue, making the tech giant one of the top vendors with a channel business at this magnitude. 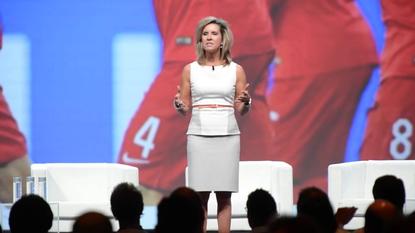 The channel market represents over 40 per cent of Dell’s global revenue, making the tech giant one of the top vendors with a channel business at this magnitude.

With the fiscal year now a distant memory, Cheryl Cook is vice-president of Global Channels & Alliances for Dell reflect on past achievements and the company’s recent growth within the channel.

“The engagement from our 4300+ certified partners around the world has been incredible,” Cook says.

“The number of competencies completed by partners globally increased 25 per cent over last year with the strongest growth areas in data protection, client management, networking, network security and storage.”

Dell’s fourth quarter, between the months of November and January, included events such as Dell World where the company announced new improvements to the PartnerDirect program.

Extras included adding $US125 million in enhanced incentives and programs, including the Dell Storage Accelerator, Windows Server 2003 Migration, and Growth Accelerators for the Client Solutions and Enterprise Solutions Groups, all of which are launching this year.

“We have already kicked off the first quarter of the new fiscal year with a bang,” Cook reports.

“As we look ahead in 2015, we see great opportunities for partners including adding new tools to your tool box.”

These include offering Windows Server 2003 Migration tools to customers before the July deadline, new datacentre upgrades within servers, networking and storage as well as updates to data protection and network security.

“Thank you again to the Dell channel team and our channel partners for all your hard work and we look forward to continue thriving with you this year,” adds Cook, who is responsible for ensuring a consistent and coordinated approach to Dell’s channel, alliances, strategic ISV and OEM partners.