INSIGHT: IT and enterprise themes will dominate at MWC

For the first 30 years of its life, mobile communications felt like a standalone industry with its own technology, services, vendors, and service providers. 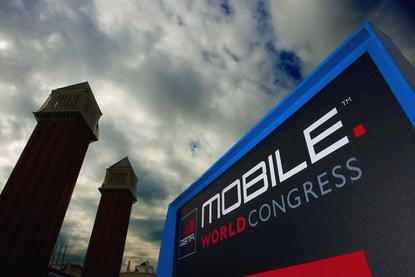 For the first 30 years of its life, mobile communications felt like a standalone industry with its own technology, services, vendors, and service providers.

A select group of telecoms vendors created the technology road-map and vision; a relatively small number of investors and operators captured the most lucrative licenses to build and operate mobile networks; and a few European, US, and Asian vendors controlled the mobile phone sector.

The Mobile World Congress, which takes place in Barcelona this week, will highlight just how quickly the technology and services landscape is starting to change.

It will mark a further shift in the evolution of mobile communications from a sector in its own right to a service and a capability which other companies in other sectors – banking, enterprise technology and software, and digital media to name just a few – can use to deliver improved services to their own customers.

The hot topics at MWC will come mostly from the world of IT. Cloud, data analytics, and SDN will all feature prominently on the exhibition floor.

Enterprise services and applications become a dominant theme. And most of the “future-gazing” on display will be around the Internet of Things.

Roles, value chains, and business models are so ill-defined in the Internet of Things that we do not expect to see a large number of launches at MWC this year of specific IoT products.

Rather, we expect vendors to position their new products and technologies – be they in the radio access network, SDN and NFV, or in the enterprise cloud-service space – as being “IoT-ready” or “IoT-enabling”.

The key considerations in this regard will be: a) the ability to support a huge growth in the number of connections; and b) a significant reduction in the cost of supporting connectivity, be it in the device or in billing and operations support systems.

All of the large network infrastructure vendors – along with a whole host of large IT vendors and early-stage companies – will be showcasing SDN and NFV solutions.

With so many different visions of network virtualisation on display, the visiting mobile operator CTO teams are going to have their work cut out making judgments about – and comparisons between – the different solutions on offer.

Cloud will be everywhere at MWC – it will enable the vast majority of the new network technologies and services that are on display in the exhibition area.

But the bigger question is how telecoms operators can add value to the cloud services market rather than merely reselling public cloud services in a race to the bottom.

Enterprises are adopting a combination of public and private clouds and Ovum believes that operators are well-placed to start providing orchestration tools that manage hybrid cloud approaches.

We expect to see a number of tools being launched for the hybrid cloud – and with telecoms operators in mind.

In the past, the Mobile World Congress had a much stronger focus on the consumer market than the enterprise sector. However, this is now changing.

2014 saw a massive influx of enterprise software and applications companies into the exhibition halls. This year we expect to see the same vendors with even bigger stands and the entry of a large number of enterprise mobility specialists.

Even Android, which has always had a reasonably strong presence at the event, is likely to place a much greater emphasis on enterprise applications through the Android for Work program.

In 2014, it felt like every technology that was struggling to grow its core business was launching an analytics product. 2015 will see no letting up in the number of new product and service announcements.

The big difference this year is that operators will have a much clearer strategy around analytics – on the one hand to improve and extend their core offerings, and, on the other, to help build a value proposition around IoT.

Many different visions of 5G will be presented at MWC2015. While there is much consensus around the technology that will sit in the radio access network, differences of opinion exist around the extent to which SDN and NFV will be part of 5G.

Furthermore, while the business models of telecoms operators were never really in doubt when the 3G and 4G standardisation processes were undertaken, the same cannot be said of 5G.

While there is an expectation that IoT will drive many of the future requirements of mobile networks, the role of the operator and the value of licensed (as opposed to unlicensed) spectrum are both extremely unclear.

It is easy to forget that 3G only delivered on the promise of mobile broadband after the arrival of HSPA – a software upgrade to initial 3G deployments. While LTE-A – an upgrade on LTE – is most unlikely to deliver the same dramatic improvement as HSPA, it will deliver faster connections, more connections, and improved latency.

Ovum expects most of the large wireless infrastructure vendors in Barcelona to carry out live demonstrations of LTE-A – in some cases with their operator partners.

The launch of the iPhone 6 and its voice-over-Wi-Fi (VoWiFi) calling capability has spurred mobile operators to develop their own VoWiFi services.

These services will use the same core network capability as for Voice over LTE. However, operators are still trying to figure out how to launch VoLTE and VoWiFi and the extent to which they can be used to offer new services and, potentially, new revenue streams.

Security has been slowly but surely gaining ground as a theme at MWC even though consumers are much less willing to pay for it than desktop users.

However, the rise of enterprise mobility – and the risks that go with allowing consumers to install enterprise applications on their personal devices – means that security is very much on the agenda.

Identity is more of a consumer theme and operators believe that they can play a valuable role helping their customers to manage their personal data.

The Snowden affair and the alleged hacking of French SIM card manufacturer Gemalto’s systems have also served to increase general awareness around these issues.

Net neutrality rules that class broadband as a telecommunications service – thereby subjecting it to heavy regulation – were approved by the Federal Communications Commission on February 26.

The repercussions of the new rules have yet to be fully understood but Ovum believes that they could have profound implications for future telecoms operator strategy.

Many of the new networks, services, and business models being developed today, particularly in relation to SDN and NFV, involve the use of technologies that allow operators to treat some Internet packets differently from others.

The words “innovation” and “digital” will be used liberally at MWC and applied to a huge number of product and service launches. Unfortunately, however, the more they are used, the less impact they have.

“Enablement’ will be another popular term used in Barcelona this year, particularly with reference to telecoms operators. Ovum would like to see more specific examples of business models that generate meaningful revenues for operators rather than generic concepts.

Smart living will, perhaps, be the biggest overall consumer theme at MWC this year. It captures a huge range of product and service concepts – from metering to health monitoring and from wearables to smart washing machines.

Payments is yet another one of those new services which appears to be escaping the grasp of operators – with the exception of some emerging markets.

However, the disruption of the traditional payments businesses means that major opportunities still exist for technology companies.

When it comes to payments, smart living, IoT, and any number of new digital services, technology vendors that have traditionally sold to operators are increasingly aware that they need to find a role in new ecosystems.

They may not be able to play as central a role as they had hoped, but, by partnering with global rather than local firms (operators), the prizes may ultimately be larger.