The Upload: Your tech news briefing for Thursday, February 26 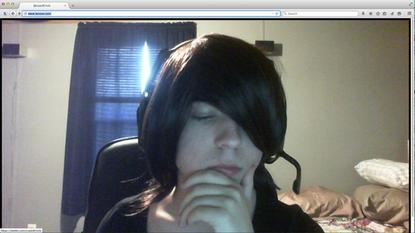 Lenovo's home page appears to have been hacked

Some hackers took Lenovo's corporate web address for a joyride on Wednesday, redirecting traffic to a video stream showing an apparently bored teen sitting in his bedroom. The prank, like the hijacking of Google's Vietnam site recently, highlights continued weakness in the Internet's Domain Name System, which translates web site names into IP addresses.

The fuss over data collected by voice-operated TVs made by Samsung Electronics is not going away, despite its efforts to minimize the issue. Now the Electronic Privacy Information center is asking the U.S. Federal Trade Commission to investigate, in a complaint that says Samsung has violated federal law.

Facebook is famous for the advanced data centers that keep its global social network humming. Now one of its former engineers, Amir Michael, who also helped start Facebook's Open Compute Project, has cofounded Coolan. The startup Wednesday launched a "community analytics" service that companies can use to predict failures and prevent outages.

Hewlett-Packard has rolled out the first product built on its platform for Internet of Things implementations, targeting energy companies that want to fine-tune efficiency in power production and use. The HP Energy Management Pack is a combination of software and services for building systems that energy companies could use for monitoring, device management, security and analytics. Coming later for the HP IoT platform are packages for industries such as transportation and health care.

China has slashed the number of foreign-made tech products approved for purchase by government entities in a move that particularly hurt Cisco Systems, which has seen all of its wares dropped from an official list, Reuters reports. Also gone are Apple, Intel's McAfee division, and Citrix Systems. Overall, the list contains one-third fewer foreign brands.

Google is planning to introduce a new API for payments called Android Pay at its I/O conference in May, Ars Technica reported, citing unnamed sources. It's meant to let developers add a mobile payment option to apps, and also to enable tap-to-pay transactions in stores.

Humanity can close up shop now: An artificial intelligence network developed by researchers at Google-owned DeepMind can teach itself to play classic Atari video games.