"With consumers in mature markets upgrading their smartphones every 18 to 20 months the inevitable question is what happens to the old device?" 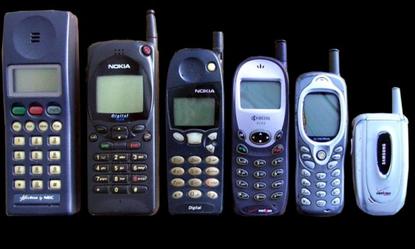 The worldwide market for refurbished phones that are sold to end users will grow to 120 million units by 2017, with an equivalent wholesale revenue of around US$14 billion.

According to latest Gartner findings, this is up from 56 million units in 2014, with an equivalent wholesale revenue of $7 billion.

"With consumers in mature markets upgrading their smartphones every 18 to 20 months the inevitable question is what happens to the old device?" says Meike Escherich, principal research analyst, Gartner.

"While only seven percent of smartphones end up in official recycling programs, 64 percent get a second lease of life with 23 percent being handed down to other users and 41 percent being traded in or sold privately."

Escherich believes his rise in smartphone reuse will impact not only the sales of new units, but also the revenue streams of all those involved in the smartphone supply chain.

"Stakeholders that are already participating in take-back or trade-in programs need to have a strategy for turning used devices into a positive asset," she adds.

"Others — particularly high-end phone original equipment manufacturers (OEMs) — need to take a closer look at this market in order to evaluate the impact these secondhand devices will have on their market positions and revenue streams."

In North America and Western Europe for example, the market for refurbished phones is forecast to be worth around $3 billion in 2015 and growing to $5 billion in 2017.

Escherich believes this is because many users are attracted to used high-end devices that they would not have been able to purchase at the original selling price.

"The growing number of privately sold phones will stir up competition in the take-back market and drive communications services providers (CSPs) and refurbishers to engage in more aggressive marketing campaigns and new incentives," Escherich adds.

"The survey shows that, in the U.S. and Germany, 41 percent of used smartphones find new owners via private sales or trade-ins.

"This trend applies to all levels of technology users, however, users who identify themselves as 'tech enthusiasts' in particular should be targeted to shift their behavior away from private sales and toward trade-ins."

Tech enthusiasts generally are early adopters and trendsetters, and constitute around 25 percent of the US sample.

Fifty-three percent of respondents in this category said they would replace their smartphones in the next 12 months, with 56 percent claiming that their current phones were less than a year old.

Nearly half said that their replacement phones would be driven by new features or functionalities that can be found only in the new devices.

"For hardware vendors, this group of self-proclaimed tech enthusiasts is of particular interest, because trade-ins provide their channel partners with hardware that can be reused for warranty replacements, and for extending the brand reach into user segments that can't afford these particular devices at the original purchase price," Escherich adds.

"Perhaps most importantly, however, is that tech enthusiasts tend to show high brand loyalty, indicating a good probability for future purchases of the same brand — with the extra credit earned via trade-ins often used for upgrades on their new purchases."