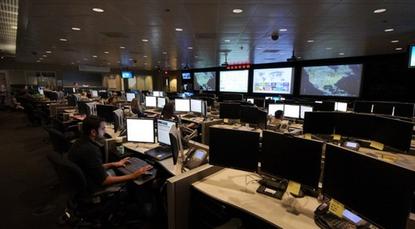 Dell's tech support wants to be able to call you before a problem strikes your PC or tablet.

The company is launching a new ProSupport Plus support package to monitor remotely the health of key hardware components and software in a PC or tablet. If a problem is detected, Dell will call or e-mail to alert the customer to a possible problem, and offer a remedy or replacement.

Calling tech support can be a headache, and the new service makes it easier and quicker to identify and replace defective components. Not all computer users are hardware experts, and the service could also prevent loss of data resulting from unexpected system crashes.

The real-time support concept was drawn from a similar service already offered by Dell for its server, storage and networking products. Dell already has a service in which a tech support agent can take over the PC to solve the issue, but the user first has to connect with the company to report the problem.

Dell will install software called Support Assist on tablets and PCs that will monitor the health of the hard drive, memory, battery and other hardware components. If an issue is detected, the software will issue a support ticket and automatically send it to Dell over the Internet. Depending on the issue, Dell will call or email the customer and offer to fix or replace the hardware.

It's easier to replace components in laptops, but not tablets. Dell will likely replace tablets if there's an internal hardware issue that can't be fixed, said Jim Roth, Dell's executive director of the support and deployment product group.

Support calls will come from a support center within a country where the user is located. For example, if an issue is detected when a person from the U.S. is traveling with a tablet in India or China, local teams will respond.