Wellington City Council’s response to a number of information requests by IT consultant and commentator Ian Apperley about the Odyssey ICT project seems to raise as many questions as it answers. 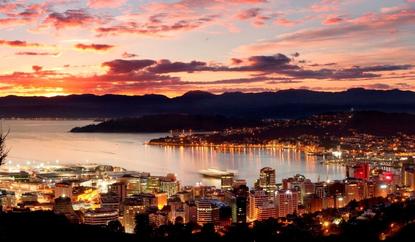 Wellington City Council’s response to a number of information requests by IT consultant and commentator Ian Apperley about the Odyssey ICT project seems to raise as many questions as it answers.

Apperley’s requests stem from the council’s decision to select Australian company Technology One as its preferred supplier.

“Some observers may note that the figure of $15.3 million has been quoted in these documents as the estimated cost budgeted for the project,” WCC says in its written response.

“This is different than the approximately $10 million cost quoted by the council last month.”

According to WCC, the $10 million estimate was given in response to claims by Apperley that the project would cost $100 million or more.

“Our quick response was that the project would cost about one-tenth of Mr Apperley’s estimate,” the statement continues.

“It would have been more accurate (and helpful to those interested in the project) if we had used the figure of $15.3 million. Please be assured that the project cost has not ballooned by approximately $5 million in the past couple of weeks – and we apologise for any confusion.

“The proposed net financial return from Odyssey is a saving to the Council of $12.2 million over 10 years.”

Yet Apperley says it’s clear to him that $15 million won't cut it, quoting some examples of the costs of recent and planned projects.

4.     Cost of infrastructure replacement in a similar size organisation - $27 million

7.     Estimate cost of IT transformation in full amalgamation for Wellington (excluding many costs) - $150 million

“The scope and requirements for Project Odyssey have been reduced, significantly, which is what I based my plus $100m on originally,” Apperley adds.

“In August 2014 the council talked to Computerworld New Zealand and outlined that there were 120 systems to be replaced, that at least four councils were involved, and that Odyssey was part of a 'three legged' approach to replacing IT. Now, it is only WCC and only 70 systems.”

According to Apperley, the costs still seem very lean.

“It cost the WCC over $2 million to replace their website a year or two ago. It has so far cost them $1.4m just to get to this stage, which if added to the $15.1m makes it $17.5m. Similar projects I have seen cost significantly more, so, I don't believe the figure.

“The wider IT transformation spoken about in August 2014, is certainly going to be a hell of a lot more than what the WCC are stating for Odyssey.

The overlap between Odyssey and the wider computer work is very unclear. The real question is, how much is WCC going to spend on IT transformation over the next few years?”

As a result, Apperley believes questions haven't been answered with WCC seeming to either have lost, or simply not used minutes and other forms of correspondence, at least in respect to this work.

“There is, outside of these questions, a belief that "off the shelf" packages are cheaper,” he adds.

“They are almost never cheaper. They take great modification to operate within a unique business environment. This again drives up cost.

“After de-scoping parts of Odyssey the council is very keen to divorce itself from amalgamation discussion and any other IT projects that it is either part of, or leading.. 'Three legs', remember?”

There is no link, in Apperley’s opinion, between this work and Smart City.

“Governance does not explain how the mayor and councillors will take responsibility to ensure this is a success,” he adds.

“Whatever 'this' is. We have gone from $10m, to more than $15m. That overall price may drive it to full council.

“The answer to "how is it that WCC can say this about our high-tech capital' and then make a decision that appears to be at variance with their strategy to build a high-tech capital, isn't answered.”

Apperley says WCC has not answered whether or not they think that there is not one single IT company in New Zealand that can do this work.

“The fact that the mayor and councillors don't seem to have information about what the IT transformation is going to cost, in total, including Odyssey, and are confused about what is going on should be ringing warning bells everywhere,” he adds.

Apperley says there are many more questions too, such as;

How much is all of this really going to cost when you add the ‘three legs' into the mix?

How does it relate, or not, to amalgamation?

What is actually going on between councils around shared services?

How do we get more transparency?

How does the community get involved in these discussions?

It is, he says, is a test of council to engage with the community and about transparency.

“The cost will be high; the total cost should be known and managed by the mayor and councillors, not a sub-group in the bowels of the organisation that is accountable only to itself,” he adds.

“We should know what marvelous services we are going to get for all this money.

“We should be sure that this project, whatever it is, should fit with the overall goals and strategy of the council along with modern concepts such as Smart City.”