The Upload: Your tech news briefing for Wednesday, February 4 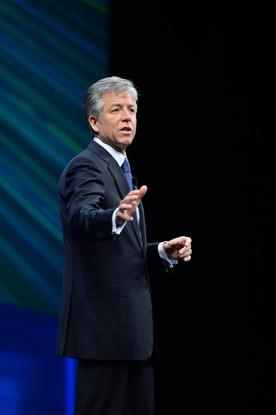 ARM introduces its most powerful smartphone chip yet

The company that powers your smartphones and tablets has introduced its most powerful chip design, the Cortex-A72, which should find its way into gadgets early next year. ARM Holdings says the A72 will provide 3.5 times the performance of its current Cortex-A15 design, and will help to enable continued improvements in areas such as mobile gaming, voice control and video streaming.

SAP's Hana in-memory database platform has been the centerpiece of its strategy for the past several years, and on Tuesday it rolled out a new business suite dubbed SAP S/4Hana that aims to bring Hana's real-time intelligence capabilities to all parts of the enterprise. CEO Bill McDermott called it "our biggest product launch in 23 years -- maybe even in the history of SAP." ERP, CRM, SRM, SCM and PLM technologies are essentially combined in one system, which uses a massively simplified model to reduce a company's data footprint by a factor of 10.

Sony estimates it spent about US$15 million in the last quarter of 2014 to investigate and fix the November hack of its movies unit. Sony Pictures was targeted by North Korea for producing a film that lampooned that country's ruler, Kim Jong Un, according to the FBI. The total cost of the episode will likely run to $35 million for the fiscal year ending in March, by the time all financial and IT system are restored.

U.S. federal prosecutors made their closing arguments Tuesday in their case against Ross Ulbricht, the accused mastermind behind the notorious Silk Road underground marketplace for drugs and other unlawful goods. Digital evidence presented included Ulbricht's Gmail and Facebook accounts, as well as thousands of pages of chat logs and a journal found on the laptop that Ulbricht was using during the time of his arrest. But prosecutors had only one witness who directly tied Ulbricht to Silk Road, a friend who had given technical help during the site's early days.

Yahoo's small business unit will have to carry the bag as CEO Marissa Mayer looks for a way to make her plan to spin out Alibaba shares into another entity comply with tax law. She's exiling the group -- along with the Alibaba shares -- to the new company, creatively called SpinCo. Including the unit, which sells tools to help small businesses sell online, lets Yahoo present it as a new entity with an "active trade or business."

Online ad business is growing -- as an attack vector for malware

Online ads served up from mainstream websites are increasingly the source of malware that lands on individuals computers. Several security vendors have documented recent attacks involving malicious advertisements, which automatically redirect victims to other websites or pages that silently attack their computer and install malware. Nick Bilogorskiy, head of security research at Cyphort, says that malvertising "is going to be a major channel of delivering malware this year."

A number of minivans with roof-mounted cameras and sensors have recently taken to the streets of the Bay Area, and at least one of them is registered to Apple, reports AppleInsider. The blog speculates that Apple is getting ready to take on Google's Street View with a new mapping program.

While Amazon.com CEO Jeff Bezos has floated the concept of package delivery by drone, e-commerce giant Alibaba is actually testing the idea, according to TechInAsia. Alibaba's Taobao unit is running a three-day pilot program from February 4-6, and will airlift light packages by drone to 450 customers who live within a certain distance of distribution sites in Guangzhou, Beijing, and Shanghai.

While nightmare scenarios about super-intelligent computers taking over the planet grab the headlines, Wired talks to an AI expert says they distract from a more significant real-world worry: the computers may take your job.