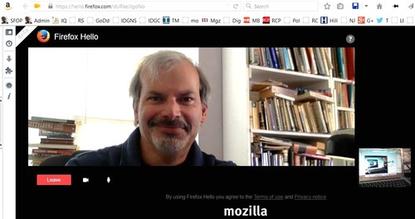 Facebook continues to reap big rewards from ads placed on people's smartphones, which now generate more than two-thirds of its revenue.

Roughly 69 per cent of Facebook's revenue for the quarter ended December 31 came from mobile advertising, the company saidy.

Total revenue for the quarter was $US3.85 billion. That was up 49 per cent from a year earlier and beat the consensus estimate of $US3.77 billion from analysts polled by Thomson Reuters.

A year ago, mobile ads accounted for just over a half of Facebook's revenue. But as more people access the service on mobile devices, ads there have proliferated.

"We got a lot done in 2014. Our community continues to grow and we're making progress towards connecting the world," CEO Mark Zuckerberg said in a statement.

On a pro forma basis, earnings per share was $US0.54, beating analyst estimates of $US0.48.

However, Facebook's fourth quarter costs jumped by 87 per cent to $US2.72 billion.

Shares of Facebook stock were trading at around $US74.54 in the after market hours, down by more than 2 per cent.