With Surface 2 not getting an upgrade to Windows 10, it could be a sign that the tablet is ready to be discontinued 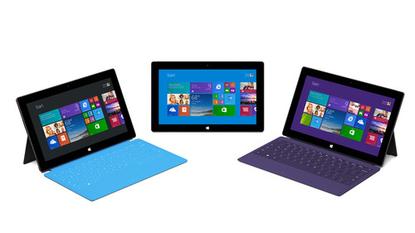 Microsoft's Surface 2 tablet running Windows RT is out of stock at the company's online store, suggesting it may be discontinued after the decision not to upgrade it to Windows 10.

Surface 2 is one of the last tablets to run Windows RT, an OS developed by Microsoft for low-power ARM chips. But Microsoft has said it will provide free Windows 10 upgrades only for Surface Pro tablets, which run Windows 8 or 8.1 on Intel x86 chips.

At Microsoft's online store, all Surface 2 models were out of stock Thursday evening.

Asked if the company would refresh its stock of Surface 2 tablets, a Microsoft spokeswoman said via email that "Surface 2 is available at Best Buy. Microsoft doesn't have anything to share beyond that."

It could be an early sign that Microsoft will discontinue Surface 2, which was introduced in 2013 and has not been a strong seller. In any case, buying a Windows RT tablet is probably not a good idea right now, as it could quickly become obsolete.

Windows RT products sold pretty poorly but it's hard to say for sure if Microsoft will restock the store, said Bob O'Donnell, principal analyst at Technalysis Research.

Microsoft probably won't get additional Surface 2 tablets built. It's has already spent a lot of money on failed versiosn of Surfaces and won't want to incur more unnecessary cost, he said.

"RT was a mistake. This is closing that chapter," O'Donnell said.

Microsoft on Thursday said it would continue providing software upgrades to Surface tablets running on RT, but not to Windows 10. So if you are looking to buy a tablet or laptop with Windows 8.1 that can be upgraded for free to Windows 10 later this year, make sure it has an x86 chip from Intel or Advanced Micro Devices.

The first tablets with Windows RT started selling in late 2012, a time when Apple's iPad was a hot product. But the response to RT was poor, and within a year, PC makers like Dell, Asus, Lenovo and Samsung bailed out on selling devices with the OS. Microsoft last year abandoned plans to launch a small-screen tablet with Windows 8.1 RT.

Outside of Best Buy selling Surface 2, the only Windows RT tablet available is Microsoft's Nokia Lumia 2520. A 32GB model is available through Verizon for US$599.99 without a contract and $499.99 with a two-year contract commitment.

Microsoft's showing an affinity to Intel for Windows 10 on desktop on tablets, but remains committed to ARM for the OS on smartphones. Windows Phones today have only Qualcomm's Snapdragon processors, and mobile versions of Windows 10 will continue to support those ARM-based chips. Qualcomm already has talked about Snapdragon's support for DirectX 12, which is a key feature in Windows 10 for gaming.

People who bought RT tablets are mostly likely not technology savvy and won't care much about upgrades to Windows 10, O'Donnell said.

"With RT they still get a version of Office and Internet Explorer they can run. For a lot of people, that's all they need," he added.