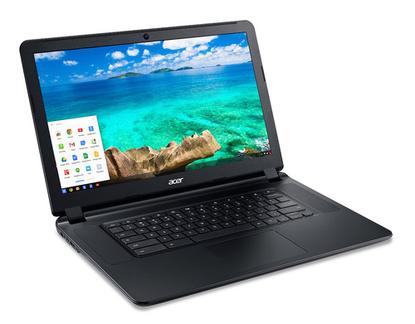 Acer is targeting students and teachers two Chromebooks, one a 15.6-inch laptop, the other a 11.6-inch model, that are built to withstand repeated use in the school environment.

The Taiwanese PC maker has been offering an expanding line of notebooks loaded with Google's Chrome OS, which have been gaining popularity as a lower-cost alternative to Windows devices.

Acer's two new products, announced Wednesday, are built with "extra durability features" for the education market. They include strong outer coverings and hinges that can endure stress, such as drops to the floor, or being crammed in a backpack.