The Upload: Your tech news briefing for Monday, January 19

Microsoft is all about Windows 10 this week ... the NSA was lurking in NK networks ... Alibaba starts with partners in US ... and more 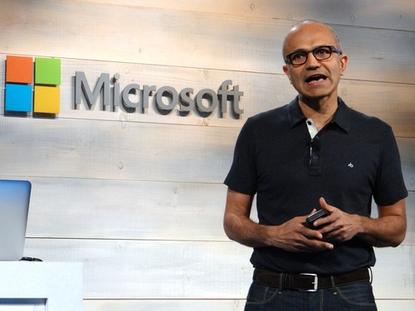 Microsoft has to get Windows 10 right this week

The most-anticipated tech development in the week ahead is going to be Microsoft's unveiling of the Windows 10 consumer edition. After several misfires in the OS market, Microsoft has to get this one right. Can CEO Satya Nadella prove Microsoft is still relevant in the desktop OS space? And can he make a compelling case in the mobile arena?

The NSA was tracking North Korean hackers all along

The U.S. government was so quick to blame the recent embarrassing hack into Sony's corporate network on North Korea because the NSA itself infiltrated North Korea's networks years ago -- but missed early signs that it was going after Sony. The New York Times reports that the NSA saw spear phishing emails sent to Sony in early September, but the attacks did not look unusual; only later did the agency figure out that North Korea had stolen account credentials for a Sony administrator.

China's e-commerce giant Alibaba -- which launched the biggest tech IPO ever in the U.S. last year -- is said to be planning to enter the American market as a partner handling logistics for U.S. retailers who want to sell to customers in China, according to a Reuters report that cited unnamed sources. Neiman Marcus and Saks confirmed that they are in trial deals with Alibaba taking care of sales, payments and shipping.

The Turkish government wants Twitter to block the account of a newspaper in the country, and is threatening to shut down the social media service altogether if it doesn't comply, the New York Times reports. The government is upset about the paper's reports on a military police raid on Turkish Intelligence Agency trucks traveling to Syria last January.

US tech firms don't have to play by the rules in communications, says Deutsche Telekom chief

The CEO of Germany's top telco struck out at tech firms like Facebook and Google on Sunday, saying they are acting like telecommunication companies but without having to deal with any of the regulatory overhead, the Wall Street Journal reports. Deutsche Telekom CEO Timotheus Höttges said at Munich's Digital Life Design conference that the Silicon Valley companies compete with messaging and call services but don't invest in infrastructure and escape regulation.

At the same conference, Uber Technologies CEO Travis Kalanick tried to put his best foot forward. He said he wanted to partner with cities in Europe, and hoped Uber would help take 400,000 cars off the continent's roads and create 50,000 new jobs, if regulators ease up on the ride-hailing app.

Not since the ill-fated Newton PDA has Apple offered a stylus, an input device scoffed at by the late Steve Jobs. But it might be getting one ready for an upcoming 12.9-inch iPad Pro, according to the case laid out by analyst Ming-Chi Kuo of KGI Securities, which includes a look at some Apple patent filings, AppleInsider reports.

Need to catch up on IT news before your week starts? Get a quick video roundup with Nick Barber on World Tech Update.

Cybersecurity products could be making us less safe, by flooding IT pros with so many warnings that they don't have time to filter out the fraction that are valid. Ars Technica looks into the research.