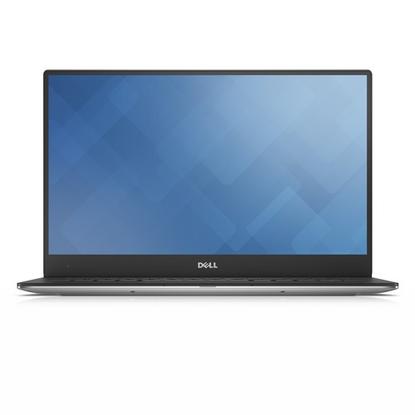 Dell has slimmed down and sped up its new laptops, but the 15 hours or more of battery life offered by its XPS 13 ultraportable stands out.

The XPS 13 is a showcase for some of the innovations Dell is offering to make PCs more attractive and user friendly. It's up to 15 millimeters thick, weighs 1.13 kilograms and starts at US$799 with 128GB of solid-state storage.

The laptop has a 13.3-inch screen but a frame-size similar to that of an 11.6-inch MacBook Air. The reduced size is made possible by an edge-to-edge display, with a very slim border around the LCD screen. The base model has a non-touch, high-definition screen, but that can be upgraded to a 2560x1440 resolution display.

A dense lithium polymer battery provides power for 15 hours, extendable to 22 hours with a small companion battery that plugs into the laptop.

The long battery life is due partly to Intel's latest Core processors, based on the Broadwell microarchitecture. The new Core chips are faster and more power-efficient than those used in previous XPS laptops. Users can select Core i3, i5 or i7 chips, all made using Intel's latest 14-nanometer manufacturing process.

Dell tends to experiment with new ideas in its XPS laptops and then implements the features in other products later, said Frank Azor, general manager for its XPS and Alienware products.

The XPS 13 is shipping this month and headlines the new laptops and tablet being announced by Dell at the International CES trade show in Las Vegas this week.

Dell's latest Venue 11 Pro is designed to be like Microsoft's Surface Pro 3 -- a tablet that can replace a laptop. It has a full HD screen and Intel's Core M chip, which is more power-efficient than the Intel Core i5 chip based on Haswell in the Surface Pro 3. The Venue 11 Pro will start at $799 and will be available this month.

One Venue 11 Pro highlight is the ability to manage and secure the tablet remotely. For example, system administrators can remotely wipe out data in case the device gets lost or stolen. A full-size keyboard and dock can be bought separately.

Dell is also bringing the latest Intel Core chips -- which are called Broadwell U -- to its consumer-focused Inspiron 13 7000 and Inspiron 15 5000 laptops.

Beyond the XPS and Inspirons, Dell is also upgrading its Alienware 15- and 17-inch gaming laptops. The new Alienware 15 and Alienware 17 are 25 percent thinner than predecessors, and will have the high-end Intel Core processors code-named Haswell H.

It will also be possible to attach external graphics cards to the laptops through an amplifier into which the desktop GPUs from Nvidia or Advanced Micro Devices can be plugged. The graphics amplifier connects to a specialized port on the laptops, and it will allow users to play more demanding games that typically cannot be played on laptops. The feature was previously available only in the Alienware 13, but has now been expanded to the new Alienware laptops.

The gaming laptops come with Windows operating systems. Pricing for the Alienware laptops was not immediately available. The Alienware 15 can also be purchased with a 4K screen.