Compuware preps the mainframe for younger IT pros 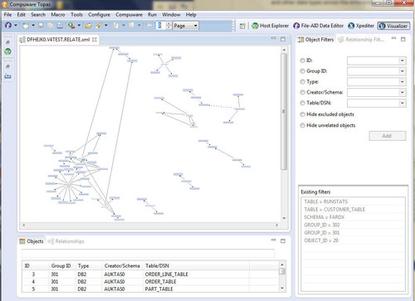 Hoping to make mainframes intuitive for younger IT workers, Compuware has created development and management tools to mimic modern day interfaces and methodologies.

"The next generation of developers, who may have many years of experience in open systems and distributed applications, really don't have an understanding of the [mainframe] tribal knowledge that is starting to go away as the baby boomers retire," said Dennis O'Flynn, Compuware vice president of technology. "They have a different development paradigm."

Around 87 percent of all enterprises still use mainframes in one form or another, according to Compuware. Moreover, many organizations want to reuse and extend their mainframe data for additional uses, such as for mobile applications or for big data-styled analysis.

As older mainframe experts retire, organizations are facing the challenge of finding replacements. Yet mainframes can be difficult to understand for younger IT professionals, who may be unfamiliar with how these systems operate, O'Flynn said.

Compuware recently spun off its business unit for application performance management (APM) software to concentrate solely on the mainframe software market. Topaz is the initial release for the newly refocused company.

Topaz is based on the open source Eclipse framework, a widely used development and runtime environment created by IBM.

One component of Topaz is a visualizer, which shows the relationships among different data objects. It can display all the columns within a database table, and show the relationships the table has with other tables in the system. This approach could be easier than the usual approach of internally memorizing database table structures and interacting with the data solely through a series of commands.

A second Topaz tool allows developers to edit mainframe data. Users can sort data, or filter the results to a specific inquiry. They can change specific data entries.

Topaz editing can span different data types, freeing developers from using multiple tools to manage different types of data, say data that resides in a database or data that exists in a mainframe sequential file. Topaz can even combine mainframe and non-mainframe data.

Going forward, the company plans to deliver additional capabilities to Topaz on a quarterly basis. While this quarterly release focused on data management, the next release will focus on applications development. Other aspects of mainframe management will be addressed in subsequent releases, O'Flynn said.

Compuware did not reveal pricing for Topaz.