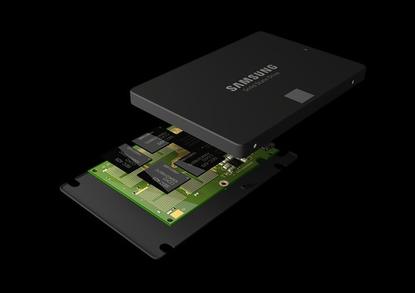 Samsung is promising faster, more durable and error-free solid-state drives with 850 Evo, which are its first consumer storage devices based on homegrown 3D memory technology.

The biggest advance in 850 Evo is the use of 3D V-NAND memory technology, which gives the drives more speed and durability than predecessors like the 840 Evo. The SSDs have storage units stacked on top of each other. That's a more power-efficient and speedy structure compared to the 840 Evo, in which storage units were placed next to each other.

Samsung has enhanced its buffer technology called TurboWrite to speed up writing of data blocks on the SSDs.

Samsung has also addressed some read issues affecting 840 Evo users. The new technologies in 850 Evo bring better error correction to the drives, which should keep the reads and speeds stable, Leonarz said.

The V-NAND first appeared in Samsung's enterprise SSDs, but more consumer drives will now be based on the technology, Leonarz said.