Cisco remained the leader in enterprise videoconferencing equipment with a 41.4 per cent share of the worldwide market. 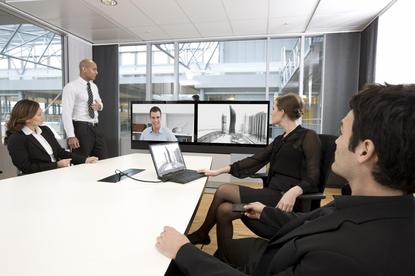 International Data Corporation (IDC) reports that the total worldwide enterprise video equipment market revenue in 3Q14 was $529 million, up from $483 million in 2Q14 while the total number of videoconferencing units sold in 3Q14 increased 16.6% quarter over quarter and 16.9% year over year.

"Some good news is that the worldwide videoconferencing equipment market enjoyed positive quarter-over-quarter revenue growth across all its major market segments in 3Q14, although year-over-year revenue growth was mostly down, with a few exceptions," says Rich Costello, Senior Analyst, Enterprise Communications Infrastructure, IDC.

"The video equipment market results are reflective of the ongoing market transition from a primarily hardware-based reporting model to one impacted by the growing interest in more software-based solutions and video subscription services."

According to the findings, Cisco remained the leader in enterprise videoconferencing equipment with a 41.4% share of the worldwide market.

Polycom's revenue on the other hand decreased -2.2% quarter over quarter, but increased 3.3% year over year in 3Q14.

Polycom ranked second in enterprise videoconferencing equipment with a 26.9% share of the worldwide market.

"Recent IDC survey adoption data indicates that video is still a key component of collaboration and continues to place high on the list of priorities for many organisations," adds Petr Jirovsky, Research Manager, Worldwide Networking Trackers.

"IDC believes that among the challenges customers are currently working through are determining exactly when and how to provision their video deployments as more software-centric and cloud-based service offerings become part of the enterprise video market landscape."