Looking deep into the sunken eyes of the ape, nestled on the flattened nose and sloping facial expression, Dawn of the Planet of the Apes blurs the line between reality and visual-effects. 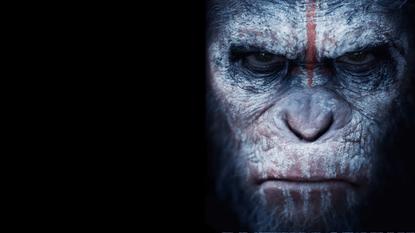 Looking deep into the sunken eyes of the ape, nestled on the flattened nose and sloping facial expression, Dawn of the Planet of the Apes blurs the line between reality and visual-effects.

“In some ways it is like evolution,” says Dan Lemmon, VFX Supervisor, Weta Digital. “Over the years we’ve experienced a lot of incremental changes from a visual effects perspective and then all of a sudden a big jump in technology arrives.”

Speaking to Computerworld New Zealand from the Weta Digital studios in Wellington, Lemmon, who is best known for his work on The Lord of the Rings: The Fellowship of the Ring, says the advancements made in skin rendering and facial expressions specifically have propelled Dawn of the Planet of the Apes onto a different digital level to past creations, such is the evolutionary nature of the Kiwi company.

“We’re always learning and figuring out ways to do things better,” explains Lemmon, speaking following the launch of the movie on DVD and Blue-ray last week.

“It was a great experience to work on Dawn and in terms of the project, it was like the Empire Strikes Back of its genre.

“We took something that worked really well and through our technology and close attention to detail moved it to the next level and made it an epic piece of cinema.”

Sitting in Peter Jackson’s private cinema screening room, Lemmon’s attention to detail is visible even during post production, offering an insight into why the company, which was founded in the suburb of Miramar, continues to dazzle on the global stage.

But don’t be fooled, Weta Digital isn’t all about the technology, with Dawn of the Planet of the Apes representing the beating heart of Kiwi attention to detail, built on intense concentration and meticulous focus.

Such is the nature of the beast, quite literally, that lead ape characters Caesar, who pushes peaceful integration, and Koba, a champion of violent separation played by Toby Kebbell, should differ so subtly from a digital perspective.

“As leader of the apes, Caesar needed to be portrayed as an intelligent ape,” explains Lemmon, who also worked on Man of Steel in 2013. “Therefore we intentionally cheated to give him more human aspects.

“He needed to be able to communicate to lead the apes and given our audiences were going to be humans, not chimpanzees, we needed to replicate qualities associated with human leaders.”

‘Cheating’ as Lemmon puts it, means something different in the digital world of Weta. After studying the anatomy of apes intensely preproduction, Weta logged over 300 facial impressions of the creature, expressed by lead actors Serkis and Kebbell, helping carve an emotional bond between the apes and the audience.

“You have to know apes inside and out before you can even begin to replicate them,” Lemmon adds, “and yes, there’s so much detail required in this work.

“For example, the neck muscles are on the back for apes, but they are on the front for humans, and while this may seem irrelevant to the naked eye, this level of detail is crucial."

So much so that for Caesar, who carries human-like qualities, the neck muscles sit front facing, allowing the technology to create speech and communication methods with the human actors, such as Gary Oldman and Jason Clarke, who play who play Dreyfus and Malcolm respectively.

“It’s essential to know the full anatomy of an ape because it’s those anatomical details which allow us to make deliberate decisions, otherwise known as cheating, about matching certain parts of apes to humans,” Lemmon adds.

“So we know what aspects are cheating because you want to be able to change things in a way that you can make the performance as good as it can be but you also don’t want to initiate too many changes so that it doesn’t look real anymore.

“With regards to speech that’s an area which required creativity and interpretation given the mouth shapes are the biggest difference facially between humans and apes but it was just a case of trial and error.”

With the company originating from weta, ‘New Zealand's coolest little monster, a bizarre and prickly prehistoric cricket’, realism informs everything Weta Digital does in the world of special effects, lending to a close relationship between computer screen and acting scenes.

“We’re very much aware and appreciate the room for actor interpretation and things evolve as people get on set and start trying things out,” Lemmon adds.

“It creates challenges for the performance capture team because if they go into a space that they haven’t quite covered yet with their cameras then they’ve got to make that work and make adjustments to re-aim things.

“But in terms of keeping the finished product in mind, we pretty much let the actors go with it and lead from the front.”

In covering off the running and walking aspects of the apes, who descend down in their masses onto human territory during the climax of the film, Lemmon says Weta used the expertise of Terry Notary to execute the movements as precisely as possible.

An American actor, stunt co-ordinator/double and movement coach, Notary’s experience in gymnastics led to work portraying mainly creatures and animals for the film and television industry, with notable appearances in The Adventures of Tintin: Secrets of the Unichorn, Rise of the Planet of the Apes and Avatar.

“We’re proud of the work we’ve done now but at the end of every project we always identify things we could have improved on,” adds Lemmon, maintaining the self-diagnostic approach which can be attributed to Weta’s success.

“Part of Weta’s foundations is built on inventing new technology because we’re constantly trying to push the envelope in terms of special effects, and Dawn of the Planet of the Apes is living proof of this.

“But a lot of other companies are doing great work also and we’re watching their movies thinking ‘wow that was amazing, we need to start thinking about that’ as it’s a very competitive industry.”

Despite building such digital characters, and creating the technological advances that made it possible, Lemmon believes it’s important to stay close to the fundamental aspects of great filmmaking, such as story, scripting and characters.

“It’s always great fun to make cool pictures with amazing explosions but what makes movies such as Dawn standout is that they are stories that you care about,” he explains.

“You become invested in characters such as Caesar and combined with a strong story, you then have the basis of a great film.

“You can create fantastic worlds, incorporate the best kind of production design and develop fantastic creatures but if there isn’t a story to be told through that people won’t want to listen to it.

“We can do amazing things but in terms of the audience appreciating it there has to be a mix.”

In blending live action and digital production with eye-opening realism, the Dawn of the Planet of the Apes showcases innovation in an revolutionary way, which unsurprisingly, embodies everything Weta Digital, and New Zealand technology, stands for.

<b>Check out the trailer by clicking here</b>