Channel partners are ready to lead in software-driven networking, according to an annual channel survey of over 570 Brocade distributors and resellers. 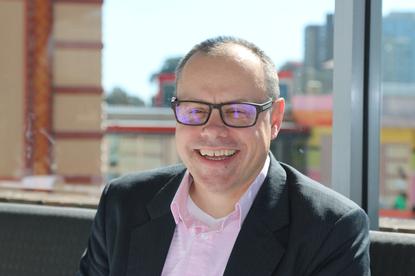 Channel partners are ready to lead in software-driven networking, according to an annual channel survey of over 570 Brocade distributors and resellers.

Findings show that there is an opportunity for the channel to “seize a competitive advantage” in the industry by strategically advising global enterprises and organisations on software networking, virtualisation, and the cloud.

“In order for channel partners to remain relevant in this new world they must expand their networking practices to include offerings that address the requirements of the New IP.

“These offerings include future-proof technologies, including Brocade VDX® switches with VCS Fabric technology, to natively automate the network in order to reduce complexity, network layers, and manual configuration tasks.”

The channel partners noted many challenges and trends in 2014—the most prevalent of the challenges partners saw customers facing in 2014 included managing network complexity, and meeting data centre bandwidth and availability requirements.

Partners also estimated that their customers’ data centres will be mostly virtualised in the next 12 months, and Brocade’s guidance plays a large role in this prediction.

“In 2015, our focus is on equipping Brocade partners to lead the transformation in networking to the New IP,” says Bill Lipsin, Vice President of Global Channel Sales and Marketing, Brocade.

“In the coming year, we’re investing in providing the building blocks for cloud offerings so that partners can deliver networking solutions covering both cloud and on-premise solutions.”

1. According to partners surveyed, the most apparent network challenges for customers in 2014 were:

2. According to partners, technology differentiation is the most important factor when it comes to selecting a vendor, followed by market-proven solutions and vision/strategy

3. Sixty percent of partners said Software-Defined Networking (SDN) and Network Functions Virtualization (NFV) will be a significant trend for all resellers within 24 months

4. Eighty percent of partners said that they/their customers are already deploying, or will be evaluating, SDN/NFV within the next 12 months

5. Two thirds of partners surveyed estimate that customers’ data centers will be virtualized by more than 50 percent within 12 months