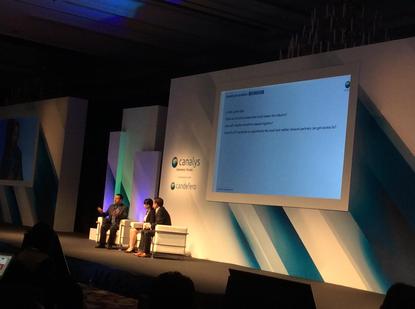 The transformation of the technology channel continues to accelerate, according to a Canalys survey of 352 channel partners across the globe.

Published in September and reiterated during the APAC Canalys Channels Forum in Shanghai last week, the analyst firm reports that 96% of respondents already deliver some of form of ‘IT-as-a-service’, including managing customer assets on-premises, off-premises hosting or public cloud services.

For the majority, this still accounts for less than a quarter of revenue. But by 2017, almost two-thirds expect IT-as-a-service to account for more than 25% of revenue.

“But they rate the importance of their managed services to their businesses very highly, just behind reselling products.

“58% of partners also believe that their managed services business is more profitable than reselling hardware and software.

By contrast, the survey showed that the public cloud is less important to the channel business models.

“The perception of most partners is that reselling third party cloud services is less profitable than reselling hardware and software,” Brindley continues.

“This also reflects the fact that most channel partners see the top two cloud opportunities as productivity applications such as email, and infrastructure-as-a-service (IaaS), both of which are under growing margin pressure.

“Higher value applications are not yet seen as the primary opportunities.”

As a result, Brindley believe channel partners also “fear” the threat of cloud providers bypassing the channel, with 62% identifying this as the biggest challenge they face when selling IT-as-a-service.

“We are clearly moving to a world where channel partners will have a varied portfolio including hardware, software, public cloud services and their own managed service offerings,” adds Alex Smith, Senior Analyst, Canalys.

“Vendors developing go-to-market strategies for cloud must ensure they are not increasing competition with their established partners, but recognise that this is typically delivered as part of a hybrid IT offering.”

Customer concerns over cloud security, and difficulties in finding skilled consulting staff are also major concerns for around 40% of partners when it comes to selling cloud services.