He was currently in charge of Google;s robotics efforts 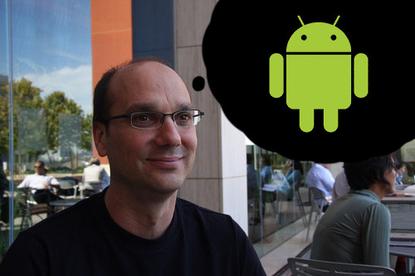 Andy Rubin, the engineer who developed Google's Android OS and was lately in charge of its robotics efforts, is leaving the company, Google confirmed Thursday.

Rubin cofounded a company called Android, which Google acquired in 2005 for its mobile OS. Android has gone on to become the world's most widely used mobile operating system.

Last year, though, Rubin was moved off the Android team and put in charge of Google's robotics projects. His work was taken over by Sundar Pichai, who now leads Google's Android, Chrome and other products.

The reasons for Rubin's departure weren't clear, though it had something to do with the structure of his team at Google, according to a report on tech news site The Information.

Rubin is leaving to lead an incubator for hardware startups, according to a report in the Wall Street Journal, and he'll be replaced at Google by James Kuffner, a research scientist and a member of Google's robotics group.

"I want to wish Andy all the best with what's next," CEO Larry Page said in a statement. "With Android he created something truly remarkable -- with a billion plus happy users."

Rubin has been overseeing several robotics projects at Google and led recent acquisitions, including its purchase of Boston Dynamics.