Online TV more popular than ever before: Adobe

Latest report finds a growing number of people are watching videos through their mobile devices. 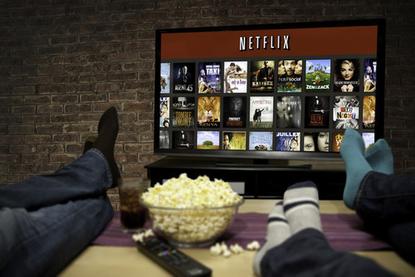 More people are watching TV online than ever before, an Adobe report has found.

Adobe Primetime vice-president, Jeremy Helfand, said the results are driven in part by the World Cup this summer, which tends to be a major TV event traditionally and now online.

Unique monthly viewers grew by 146 per cent YoY across all online TV channels for broadcast and cable networks with direct-to-consumer online TV offerings.

In the U.S. alone, 105 TV channels share content on more than 300 online TV sites and apps, with the amount of online TV content watched per viewer growing by 55 per cent YoY.

Mobile on the move

Game consoles and over-the-top (OTT) devices experienced the biggest market share increase at 194 per cent YoY to represent ten per cent of all online TV consumption, up three per cent from 2013.

Helfand said today’s viewers expect a more seamless and personalised viewing experiences across the growing number of devices they own.

“Broadcasters, media companies and advertisers must transform their digital strategies to optimise the viewing experience,” he said.

Viewing of online videos on tablets at 13 per cent share was surpassed by smartphones for the first time at 14 per cent.

iOS apps have the highest market share with 51 per cent, while Android apps grew to 20 per cent for an increase of 28 percent.

In comparison, browsers shrank to a 19 per cent market share for a 41 per cent decline YoY.