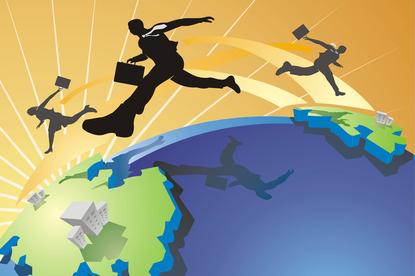 Based in the company’s Singapore office, Sharp will lead the identification of new opportunities to expand NewLease’s footprint in Asia, and provide guidance and support to the existing south-east Asia team.

Sharp’s appointment follows that of Dominic O’Hanlon, who was hired as chief executive (CEO) of NewLease in July, and the employment of Ravi Samuel as chief financial officer (CFO).

O’Hanlon said Sharp’s 25 years’ industry experience will make him a critical resource for the business as it prepares for the next stage of growth through geographical expansion, channel optimisation, and product augmentation.

Before NewLease, Sharp was a principal at The Lighthouse Partnership, a role in which he provided consulting services to business looking to enter the Asian region; he assisted channel partners in the development, testing, and deployment of go-to-market strategies.

That one-year stint was preceded by a decade with Microsoft; he started with the vendor in 2003 as general manager of Microsoft Operations, before moving to lead online services across Asia in 2009, after which he was promoted to partner sales leader for the region in 2011.