“New Zealand is a fantastic market for Polycom as Kiwis are renowned as being early adopters when it comes to technology." 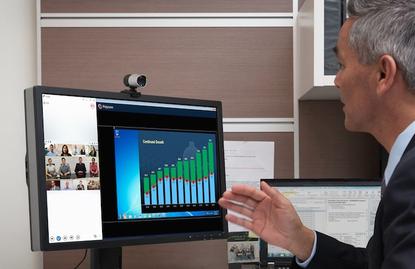 Boasting a strong New Zealand market share, a Lync collaboration and the hardware to match, new Polycom Channel Director ANZ Mark Braxton believes the company is well positioned to capitalise on the video boom across the country.

Speaking to Reseller News at Westcon Imagine 2014 in Auckland, Braxton was unwavering in his belief that as video becomes easier to deploy, adopt and utilise, Polycom will further cement its position within the industry.

“Our market presence in New Zealand is strong,” he says. “New Zealand is a fantastic market for Polycom as Kiwis are renowned as being early adopters when it comes to technology.

“So much so that it’s a great litmus test for the Australian market as we find trends begin to emerge around six months earlier than in Australia.”

Leading the way alongside Microsoft’s Lync solution, Braxton, who started his new role in September, believes there is a “fantastic opportunity” for resellers to dip their toes in the video collaboration water so to speak.

“In the past video collaboration came with a fairly hefty expense,” he adds. “But now the barriers of cost and deployment have been knocked down and as we move into the cloud and introduce subscription based services we’re seeing that the cost of entry is much lower.”

“We’re seeing a wide range of business sizes take advantage of Lync,” he adds. “Whether that’s through the lower costs or the productivity video provides, most companies would never have considered this, say, five years ago.”

If deployed with the correct skill set, within the partner community, Braxton believes the opportunities are endless for the reseller market.

Providing customers with Lync phones, speak phones and installed audio, Polycom has positioned itself as providing the broadest portfolio of telephone solutions qualified with Lync.

“Lync has reached a great maturity,” Dolley adds. “In New Zealand there is perhaps a greater willingness to look at new technology earlier and we see Microsoft’s partnership with Polycom is a natural fit.”