How 3D Printers can capitalise on billion-dollar future...

Seen as reshaping the future of industrial and consumer applications, 3D printers continue to evolve significantly within the marketplace. 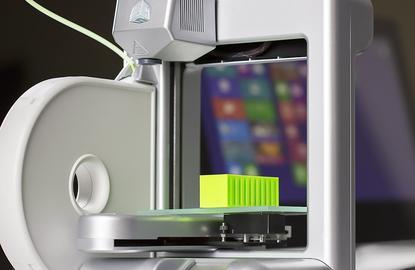 Seen as reshaping the future of industrial and consumer applications, 3D printers continue to evolve significantly within the marketplace.

While shipments of 3D printers remain at relatively low levels, industry analyst firm Juniper Research expects them to increase significantly over the next 12 months.

The reason? Nitin Bhas, analyst, Juniper Research, believes interest in their ever widening scope of applicability continues surge, in large part driven by the entry of a wave of leading vendors into the space.

“HP (Hewlett-Packard) has promised a range of professional 3D printers in 2014, while Samsung and Microsoft are mooted to be mulling over 3D printing’s potential,” Bhas reports.

"While a major player like HP delayed its entry into the 3D printing sector, the market has witnessed the entry of a number of smaller players with a more focused offerings, possibly in specific market segments.

Recently NASA sent the first 3D printer, among other supplies, to the International Space Station for making replacement parts and tools aboard the space station.

“Printers are now available for work and home, depending on the use cases and could cost as little as $250 for hobbyists, to $200,000 for enterprise class and warehouse printers,” Bhas adds.

“Our recent research noted that while 3D printing was initially restricted to the enterprise and small business sector, it will be increasingly adopted by consumers as 3D printers are becoming commonplace on the shelves of major retailers such as Staples and Best Buy, especially in developed markets.

“However, as we have stressed previously, in order for 3D printing to successfully find mainstream market amongst consumers, it needs to widen the applications to integrate consumer lifestyle and not be restricted to 3D printing items such as toys, a very specific female organ and Keanu Reaves.”