Jitters over US surveillance could break the Internet, tech leaders warn

Loss of trust in Internet companies could lead to protectionism and a splintered Internet, they say 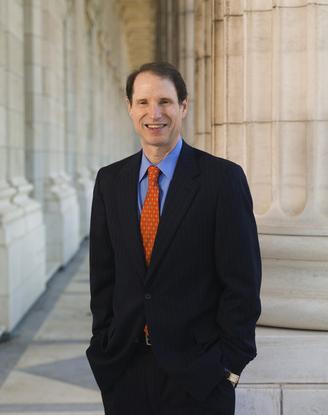 Overly broad U.S. government surveillance is breaking down trust on the Internet in ways that could hurt users everywhere and make it harder to launch new kinds of services, tech executives told a U.S. senator pushing for reforms.

Revelations about National Security Agency (NSA) monitoring are leading foreign governments to consider erecting barriers against the global Internet and requiring their citizens' data be stored in the same country, according to Sen. Ron Wyden, a Democrat from Oregon, and tech leaders who joined him at a roundtable in Palo Alto, California.

Wyden gathered executives from Google, Facebook, Microsoft, Dropbox and venture capital firm Greylock Partners in a high school gym to talk about the economic impact of U.S. digital surveillance as it affects international attitudes toward American Internet companies. Wyden said he supports surveillance where necessary but is worried about "dragnet" spying such as the wholesale collection of phone records. That kind of spying is turning users against U.S. companies, he said. "This is going to cost America jobs," Wyden said.

The breakdown of trust is bad not just for well-known American tech companies but for anyone trying to start or operate a Web-scale business, executives said.

"The simplest outcome is that we're going to end up breaking the Internet," said Eric Schmidt, Google's executive chairman. A splintering of the Internet would have costs in terms of science, knowledge, jobs and other areas, he said.

The Internet was designed to work without borders and can't reach its full potential with barriers between countries, said Colin Stretch, Facebook's general counsel. The result of data localization for most consumers would be a slower Internet experience and less personalized services, because Internet companies couldn't take advantage of economies of scale.

"It costs more to run a network where you have to put data centers around the world," Stretch said. In time, higher costs could prevent the Internet from reaching people in poor countries who aren't connected yet, he said.

It's also bad news for smaller companies, according to Ramsey Homsany, general counsel at Dropbox. If a two-person startup had to build a data center in Germany just to serve customers there, it would never get off the ground, he said.

But U.S. tech companies have concerns for their own business, too. Protectionism against U.S. Internet products may be heightened because Internet services are so close to consumers' lives, Schmidt said.

"It's a harder problem to solve because it's seen as personal," he said. "We're very concerned that there will be a sort of 'Buy European' movement."

Wyden thinks Congress will pass the USA Freedom Act, an NSA reform bill with strong tech-industry support, this year. But before that can happen, it will have to get onto a congressional calendar that isn't yet written, he said.

The House passed a watered-down version of the USA Freedom Act in May, but several senators have pushed for a strengthened version that they say would end the NSA's bulk collection of U.S. phone records. The Senate hasn't passed the bill yet.

Microsoft Executive Vice President and General Counsel Brad Smith says reform should move ahead despite everything else Congress has on its plate.

"We need to resolve that we will not allow the dangers of the world to freeze this country in its tracks," Smith said. "We need to recognize that antiquated laws will not keep the public safe."