"Semiconductor revenue set an all-time record in the third quarter of 2014, fuelled by a strong electronics build for the holiday season." 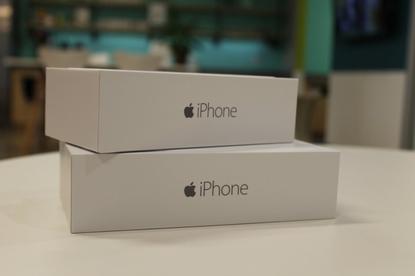 Worldwide semiconductor revenue is on pace to reach $338 billion in 2014, a 7.2 percent increase from 2013, and up from the previous quarter's forecast of 6.7 percent growth, according to Gartner.

"Get ready for a flood of new product introductions, ranging from simple low-cost tablets to high-end ultramobiles and smartphones.

“Demand for the iPhone 6 and iPhone 6 Plus has been robust, but there is concern for other types of devices planned for the holidays."

While some products may not sell through during the holiday season, Gartner remains bullish on 2014 consumer demand and forecasts 2014 unit production of smartphones and ultramobiles to increase 27.0 percent and 18.9 percent, respectively.

As a result the semiconductor market is expected to grow 5.8 percent in 2015, with high inventories in the first quarter of 2015 emerging as the largest concern.

DRAM leads all semiconductors in 2014 with revenue growth of 26.3 percent and is expected to reach an all-time revenue high of $44.1 billion for the year while continuing its boom-and-bust cycle due to big supply and demand swings.