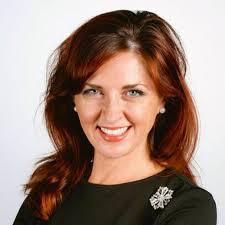 Nuala O'Connor, president and CEO at the Center for Democracy and Technology, argued for strong net neutrality rules before the Senate Judiciary Committee Wednesday.

The U.S. Federal Communications Commission should abandon its efforts to pass net neutrality rules because new regulations would hurt investment and the deployment of broadband, a parade of Republican senators and advocates said Wednesday.

Net neutrality would amount to the FCC taking "control" of the Internet, said Senator Orrin Hatch, a Utah Republican. "Without government regulation the Internet is growing," he said. "So what's the problem? What is broken? What is it that needs to be fixed?"

Instead of questioning witnesses, Senator Ted Cruz, a Texas Republican, gave a six-minute speech about what he sees as the evils of a "nanny state" of growing government regulation.

Every time the net neutrality debate returns to Washington, D.C., "it stirs up an interesting debate between government regulation versus, to some, the terrifying freedom of the Internet," Cruz said. "I think the American people don't find that freedom all that terrifying."

The Judiciary Committee hearing has no direct impact on the FCC's ongoing net neutrality rulemaking proceeding, although senators and witnesses on both sides used the time to restate long-held positions on the issue. Republicans in Congress have tried to pass legislation preventing the FCC from taking action, but a bill is likely to pass in the Senate, where Democrats hold a majority.

Broadband users are concerned about the potential for providers to divide the Internet into fast and slow lanes, said Nuala O'Connor, president and CEO at the digital rights group, the Center for Democracy and Technology. More than 3.7 million people have filed comments on net neutrality with the FCC since early this year, and the "vast majority" of them have called for strong net neutrality rules, she said.

Broadband providers, in recent years, have gained the ability to see what applications and services are running across their networks and selectively block or slow services, said Brad Burnham, managing partner at venture capital firm Union Square Ventures.

Without net neutrality rules, "no new applications will be created in a dorm room," he said. "The applications like video and voice that compete with cable and telephone companies will find it especially hard to raise money."

Broadband providers have little incentive to throttle the traffic of Web startups, countered Jeffrey Eisenach, a visiting scholar at conservative think tank the American Enterprise Institute's Center for Internet, Communications and Technology Policy. "What no one can explain ... why ISPs would want to discriminate against startup edge providers, which pose no competitive threat and which create the applications and content that draw consumers to subscribe to broadband in the first place," he said.

Beyond threatening broadband investment another danger of net neutrality rules is that other governments will see the U.S. regulating the Internet and be tempted to follow suit, added Robert McDowell, a former Republican member of the FCC.

"Across the globe, content application companies are falling under the purview of more and more regulations and court orders," said McDowell, now a partner at the Wiley Rein law firm. "The FCC has the potential to stoke a contagion of international Internet regulation."

Instead of net neutrality regulations, the U.S. government should rely on existing antitrust and consumer protections laws to guard against bad behavior by broadband providers, McDowell and Eisenach argued. The U.S. Department of Justice and Federal Trade Commission have significant power to act against anticompetitive behavior and the FTC can take action against companies engaging in unfair business practices, they argued.

But antitrust enforcement can take years to be resolved, Burnham said. Internet startups often don't have the money to raise antitrust complaints, and many would go out of business before an antitrust complaint against broadband traffic throttling could play out, he said.

Antitrust law wouldn't protect the free speech and digital rights of small businesses and Internet users, O'Connor said. Asking small startups or individual Internet users to raise antitrust complaints after evidence of traffic throttling "would basically prevent individual freedom and opportunity of getting into the Internet economy,," she said. "It's not a complete solution to the problem we're facing of a truly open and vibrant digital life."