Brian Stevens, who sheparded Red Hat into the cloud era, takes the helm of the Google Cloud platform 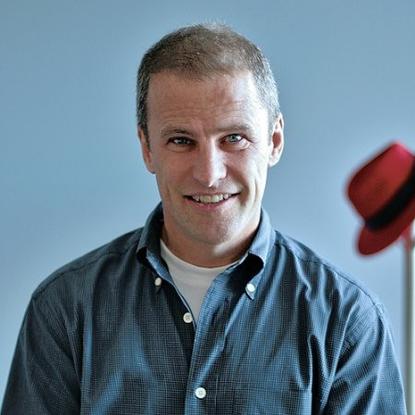 As Red Hat CTO, Stevens was instrumental in preparing the enterprise Linux software provider for the cloud, including its adoption of the OpenStack software for running cloud services.

According to his LinkedIn profile, Stevens is now a vice president of Google cloud platforms. Google has not announced that Stevens has joined the company and has not responded to a request for comment.

Although somewhat of a late bloomer in the market for cloud infrastructure and platform services, Google re-energized and streamlined its marketing efforts in March, under the new "Google Cloud Platform" nameplate.

The company acquired JBoss, which offered an open-source Java application server, in 2006. In 2011, Red Hat acquired Gluster, keeper of the GlusterFS file system, and in 2012, it acquired FuseSource, which oversaw an open-source messaging stack.

During Stevens' tenure, Red Hat prepared itself for the new market of cloud computing. In 2008, Red Hat acquired Qumranet, which brought to Red Hat a number of virtualization technologies, such as the Kernel-based Virtual Machine and the Spice remote rendering protocol.

Red Hat also brought the OpenStack and Docker open-source cloud technologies to its stack. Analysis firm 451 Research estimated that, by 2016, OpenStack would generate US$1.7 billion in business for the IT industry.

At Google, Stevens will be involved with a number of cloud computing services, including the Google Compute Engine, Google App Engine, as well as a range of storage and analysis services.