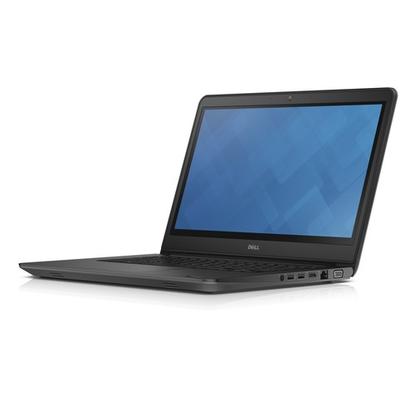 It's been a long wait for mainstream PCs that use Intel Core processors based on the Broadwell architecture, but Dell has listed laptops that could ship with the unreleased chips early next year.

Models of Dell's Latitude 14 3000 (14-inch screen) and Latitude 15 3000 (15-inch screen) will have "5th Generation Intel Celeron, Core up to i7 processors," according to specification sheets of the products provided by the PC maker.

The documents list the laptops as having life cycles between January 2015 and April 2016, indicating the products could start shipping early next year.

Dell is among the first PC makers to reveal laptops with fifth-generation Core processors, which are targeted at mainstream and business PCs. Shipments of PCs with those chips were pushed to early next year partly due to manufacturing issues on Intel's new 14-nanometer process.

Intel has said that mainstream laptops with Broadwell chips could hit shelves early next year. More PC makers later this year may start announcing PCs that could ship early next year. PC makers sometimes announce products months ahead of shipment.

Many laptops currently have Intel's fourth-generation Core chips that are based on the Haswell architecture, which has been around for more than a year. The fifth-generation Core chips, which are based on the Broadwell architecture, are expected to provide laptops with faster performance, longer battery life and better graphics.

However, the upcoming Core processors won't be the first Broadwell chips. That honor belongs to a chip called Core M, which is targeted mainly at tablets and hybrids due to become available later this year. Dell, Asustek and Lenovo have announced hybrid products with Core M.

The Latitude laptops with fifth-generation Core chips will come with Windows 7, Windows 8.1 or Ubuntu 14.04, according to the specification sheets. Other features in the Broadwell laptops include support for Intel HD 5500 graphics, low-power DDR3L memory and up to 1TB of hard-drive storage.

Dell also announced models of the Latitude 14 3000 and Latitude 15 3000 based on Haswell. The laptops can be configured with fourth-generation Core i3 or Core i5 chips, DDR3L memory, up to 500GB of hard drive storage, Intel's integrated HD4400 graphics, a 1-megapixel webcam and Gigabit Ethernet. Other features include USB 3.0, HDMI and VGA ports.

Price and availability for the Haswell-based laptops were not provided by the company.

The Latitude laptops with Haswell are part of a larger product announcement headlined by the Latitude 13 7000 laptop-tablet hybrid, which will be shown by Intel at a keynote during the IFA show in Berlin this week.