But the improvements over existing phones are too small, an analyst said 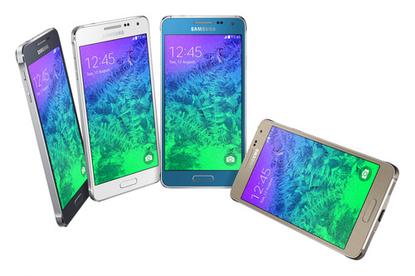 Samsung has launched its new Galaxy Alpha with a metal frame, in a bid to boost sales after the plastic design of its smartphones has been blamed for the company's recent struggles.

Read: Why the Galaxy Alpha is a big deal for Samsung and its customers

The Wednesday launch of the latest Galaxy smartphone comes after a difficult second quarter for Samsung. While overall smartphones sales grew by almost 27 percent, Samsung's shipments dropped. In May, the company also appointed a new head of its design team.

Samsung has pitched the Galaxy Alpha with its metal frame as a new start, and the design as something "entirely new" compared to the design of its existing products, which have been justifiably criticized for looking cheap irrespective of what they cost.

However, in reality the shape of the home button still makes it look very much like a Samsung smartphone, and the plastic back has inherited the dimpled design of the Galaxy S5. For some, the changes Samsung has made aren't nearly big enough.

"Overall it's a good phone but I was disappointed with the design, even with the metal frame it feels too plastic," said Francisco Jeronimo, research director for European mobile devices at IDC.

Samsung has also decided to make the Galaxy Alpha thin and light: it weighs just 115 grams and is 6.7 millimeters thick.

Under the hood, the smartphone is based on Android 4.4.4 and powered by an Exynos processor with four ARM Cortex-A15 cores running at 1.8GHz and four Cortex-A7 cores running at 1.3GHz. The screen measures 4.7 inches and has a 1280 by 720 pixel resolution.

The smartphone also has a 12-megapixel camera on the back and a 2.1-megapixel front camera. It has 2GB of RAM and 32GB of integrated storage, but no microSD card slot. The LTE connection supports download speeds up to 300Mbps, as long as there is a network that can handle it as well.

The smaller screen and lower screen resolution is slightly surprising since the rest of the phone has high-end specifications. Despite that, Samsung will charge a premium for the device. U.K. retailer Clove has put up the phone for preorder at £500 (US$850) including tax, which gives a good indication of what it will cost.

That is too much, according to Jeronimo. Samsung needs to choose more premium materials if it wants to charge a premium price, he said.

Samsung said the Galaxy Alpha will start shipping in the beginning of September, but details on where the phone will go on sale first weren't immediately available.