Named partner of the year ANZ and Nutanix valuable player 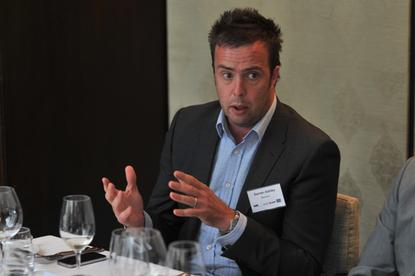 BEarena took off the partner of the year award for Australia and New Zealand (A/NZ) while the company’s director, Darren Ashley, was named Nutanix valuable player for the region.

Ashley said the awards were an “incredible” validation for the decision made two years ago to “bet the house” on Nutanix.

“We believed that with their technology and partnership we could challenge the status quo. Our relationship with Nutanix continues to grow, as does our collective customer base. It is a pleasure to work with such a motivated company.”

BEarena clients constitute around 20 per cent of Nutanix total client base in the region. The reseller is also the only certified Nutanix Elite partner in A/NZ.

Nutanix A/NZ managing director, Wayne Neich, saID there are many factors that have contributed to BEarena’s success in the region.

“They have a very clear vision of where IT infrastructure is going. They feel that Nutanix has the right architecture to get there. There is an extreme belief that what Nutanix is doing is the most appropriate for the marketplace.”

“There are many people in the organisation that really believe what most companies need to deliver from an IT perspective is different. It’s not just about having a wizz bang box, it’s about having a strategy for the customer and being able to deliver one that provides key aspects like on premise and to be able to take advantage of the Cloud.

“Their vision is almost completely inline with ours. They don’t go and talk to customers about Nutanix boxes and I think that’s where most partners make the mistake. You want to go with a partner that has a very compelling and valuable strategy for where they can take your customer,” he said.