US entrepreneur announced as both a major investor and company advisor 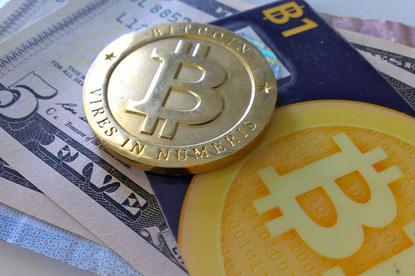 Australian bitcoin startup, igot.com, is in the early stages of securing funding from major international investors.

Following an initial round of seed funding, US entrepreneur, Jesse Chenard, has been announced as both a major investor and company advisor.

igot is one of few digital currency providers to feature BPAY and direct debit facilities.

This allows for fund transfers directly to and from a users’ bank account.

igot, which launched six months ago, is also finding success in other international markets, including India, Hong Kong, Singapore and New Zealand.

In India, it has quickly become the largest digital currency exchange platform in terms of trade volume.

Rick Day, co-founder of igot, said cryptocurrency was a space largely untapped in the global marketplace, with user demand for services to support the safe trading of digital funds increasing by the minute, particularly in Australia.

“We established igot to fill this gap in market and offer users a more convenient and secure way to exchange digital currencies to and from anyone, anywhere in the world and at a very low cost to the consumer – one per cent on all trades, transfers and transactions," he said.

Manasse said the vast majority of people thought our idea to launch an international cryoptocurrency exchange site was beyond ambitious when the company launched a year ago.

“Despite initial skepticism, we have been able to convince stakeholders, investors and users alike on the benefits and opportunities that the igot platform enables local users on a global scale," he said.

“Having our headquarters in Australia also enables us to tap into the huge growth potential we believe is on offer in the Asia-Pacific market,” Manasse said.

The company had experienced rapid growth in a short time, he said.

"We believe that the question now is how fast we can continue to grow, and how fast cryptocurrencies can enter into mainstream transactions,” Manasse said.

Over the next 12 months, igot plans to expand in both the Asian and European markets, as well as offer the top 10 cryptocurrencies for users to trade, exchange, sell or buy.